Atheists around the world! ASSEMBLE!

I just wanted to see how many different kinds of people we got going on this site :D

Just give a holler and let everyone know what area you represent!

I'm from Brampton, but for the sake of simplicity I'll say Toronto! WOO!

Permalink Reply by Matt Courson on March 29, 2012 at 5:55pm
I'm from the heart of the bible belt and always thought I had it rough, but we haven't had creationists rear their heads here in any official capacity. At least your state, or at least the uneducated of your state, brought the Prophet Bobby Hebderson into the public sphere.

I'm from Missouri, from what I've seen, MO and KS do not have much logic or reason

Could be worse.... could be Oklahoma.

Actually, Oklahoma has a healthy number of heathens in it, as evinced by the considerable attendance at its FreeOK events each year.  I wish we could get that kind of packed house here in Northern Ohio!

Me, too. FreeWA would be a nice thing to experience before my time on Earth is completed.

Prophet Bobby Henderson is a major prophet of the Flying Spaghetti Monster religion, (FSM) and he started the Great Revelation, bringing many to Pastafarianism. According to their claims, Pastafarianism forgoes hate, bigotry, hypocrisy, & violence, they do not hate those with different beliefs than their own, they do not judge others because of sexual preference, and they do not demand shedding of blood of the innocent ones.

Well, there you have it! Nones organize! Put on your hats and assemble! 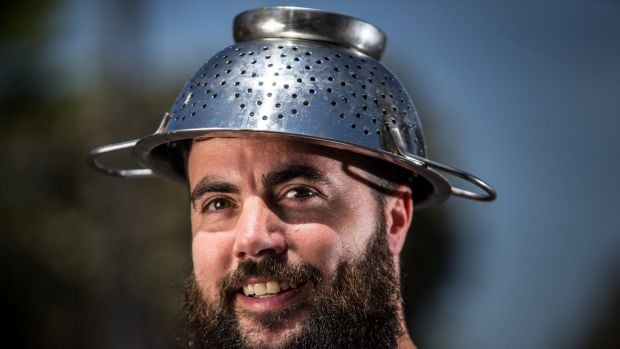 Permalink Reply by Martin B. Penkala on March 1, 2010 at 12:35pm
Brampton! Cool! I'm from Buffalo, eh? and am very glad to see such associations of nontheists as this webpage.I have many topical interests; physics, biomechanics,Elizabethan poetry, Thomas Pynchon, etc. but what I want to discuss with people most on this site is the misconception religious people often have that atheists are somehow inveterately incapable of true compassion, empathy, understanding and love; this bogus notion that only belief in a Higher Power can induce in people a benign disposition. Pure rubbish.
I can't believe that these people are so non-introspective that they cannot see how most of our morals and ethics are absorbed from our society's Zeitgeist, not from holy texts. So I will be keen to any threads that are discussing this issue on the site, but also many others...such as Humor & Atheism; Why Atheists Don't Wage Wars in the Name of Atheism; Who Would Be More Acceptable as A Dinner Companion if Someone Were Holding a Gun to our Head -Hitler or Stalin?...etc.

Boy, you said it. The "morality" of religion can best be seen by what thing were like when religion had or has unquestioned power. In the West, we call it the "Dark Ages". In the Middle East, we call it Iran, Syria, Saudi Arabia, and Egypt. In the far East, Japanese Empire, in Africa, we see ignorance and superstition. In America, we call it "the "good" old days", and the GOP at present wants it back.

The GOP's religious faction want to restore the religious dark ages (the years after the Protestant revolution).

One caveat: the Democratic and Republican parties can be about equally corrupt. Because the Dems won't restore those dark ages, November's elections are important.

mankind  is a cruel animal greed is the GOD

Dinner with Hitler or Stalin?

More seriously, on introspection. The Xianity I knew put a lot of energy into telling children they are sinners, or in other ways "bad". Those children grow up and don't introspect, because they have little or no self-esteem. Introspection would tell them what only masochists want to believe about themselves.

Give people who have no self-esteem a compliment and they will fear that you want to take advantage of them.