As the Anthropocene Era unfolds, I keep learning of weather phenomena we'd rather not experience. First it was a haboob over Phoenix. 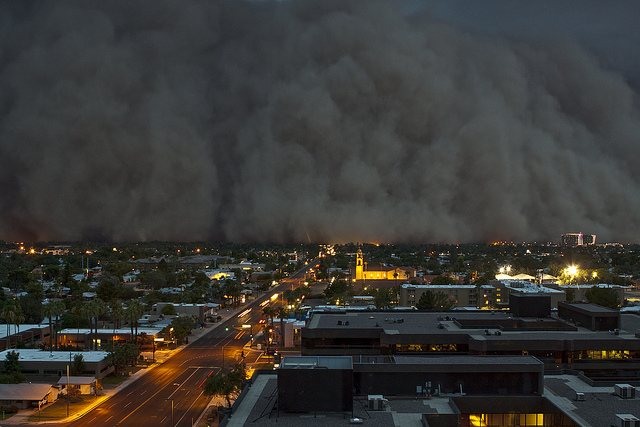 Now we have a Derecho taking six times as many lives as the Waldo Canyon fire raging out west. *Bam!* *Pow!* (That's the one/two punch we got on Saturday in the US.)

A "fast-moving, long-lived, large, and violent thunderstorm complex" fueled by a heat wave and jet stream.

During summer, the jet stream atop a sprawling heat dome is sometimes called a “ring of fire” due to the tendency for explosive thunderstorms to form along this weather front separating hot, humid air to the south and cooler, drier air to the north. As the intensity of the heat wave, without reservation, was a key factor in the destructiveness of this derecho event - it raises the question about the possible role of manmade climate warming (from elevated greenhouse concentrations). When I first saw the story about the Haboob over Phoenix, all I could think of was, "I wonder how hard it will be to get that mess out of the vents???" That's crazy stuff.

We've had our madness here in recent years too, those super-cell, long-track tornadoes spawned last year that flattened our Lowes Home Improvement and wreaked havoc on tens of thousands of homes, now this year, record breaking heat waves. It has been an interesting weekend what with losses of power and DSL outages we had downburst winds drop an oak on our power line right of way behind the house this morning...interesting.... You're told of events like the tornadoes of last year, 'this happens' historically, I need to look into that claim, I can't find anyone that remembers an outbreak of tornadoes the likes of which the southeast and midwest faced last year. I can find evidences of long-tracks but on the damaging scale that we saw last year?

The long track supercells spawning multiple tornadoes do seem to be more in the news the last several years, more than I ever remember in previous times. Like Joplin just being wiped out and the February storm in Oklahoma, West Virginia, Missouri, and Kentucky. 1000-Mile Supercell Drops Multiple Tornadoes

Nobody has come up with a foreign catchy name for that weather phenomenon, but it's in the same class of welcome-to-the-next-level weather phenomena as far as I'm concerned. I agree We're seeing destructive weather on a new scale.

Emotionally it's surreal, as if reality has blended with disaster movies.

I remember many tornadoes prior to those last year and I know how wishy washy this may sound, but walking around surveying the damages and helping out after those storms, one got the feeling that we'd never seen that kind of destructive force before, there was something so Stephen King, Dean Koontz about the whole scene.

It's nice to see I'm not the only one that found them surreal, you get to feeling awfully alone down here in Gawds Will country, when no one seems to see, what to me seems very obvious, large scale changes in weather patterns, that signal we're doing something very wrong to cause the super heating and cooling that causes these modern day monsters. 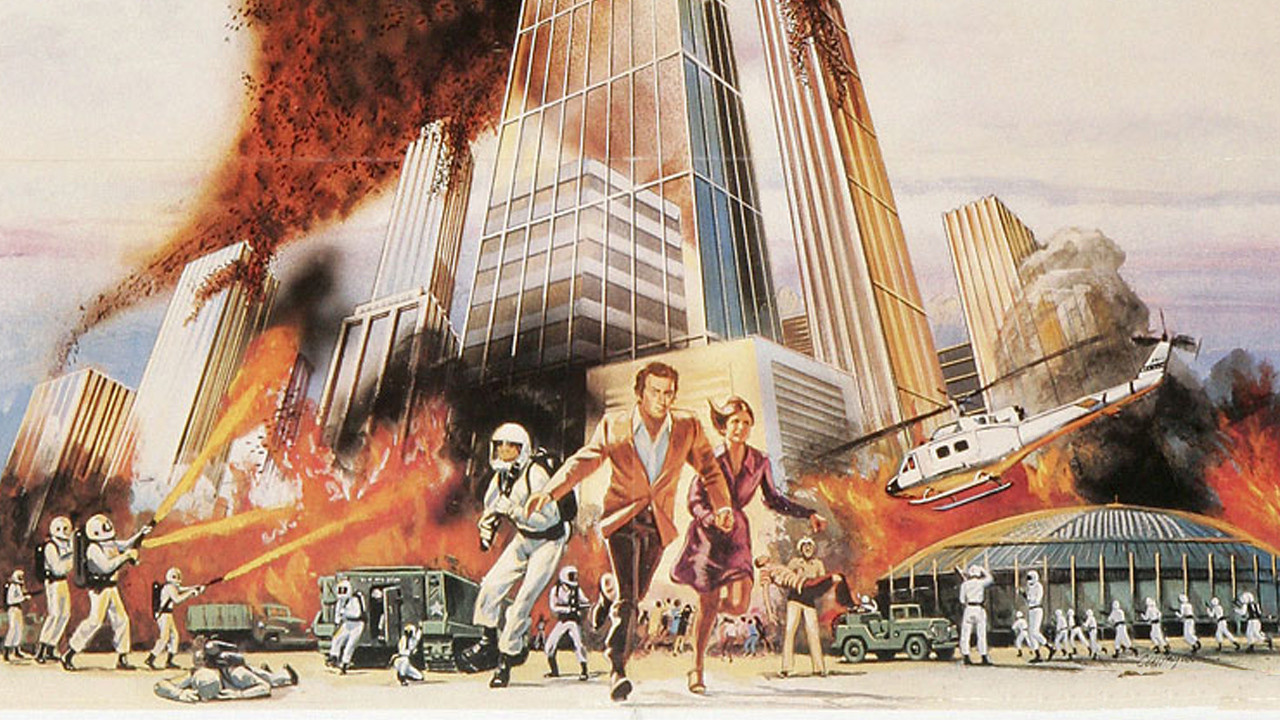 Now that was great! I'm going to have to share this with my anti-warming cousin who is just convinced that progessives have created the science to make more money on 'green' products!

Permalink Reply by Steph S. on July 6, 2012 at 12:00am
Thanks for the informative movie - great discussion!

Here's a YouTube bit that strikes me as "ha ha only serious" (hot weather with a chance of Godzilla in Richmond this weekend?) :

Haboobs and Derechos?  Where in the heck did they get those names?

Haboob comes from Arabic. "a violent dust storm or sandstorm especially of Sudan"

Derecho comes from Spanish for straight line. We found it in Wikipedia.

Permalink Reply by Steph S. on July 5, 2012 at 11:56pm
Cool I learned some new terminology. Enjoyed reading the discussion and responses.

The derecho "had energy readings five times that of normal thunderstorms." The body count of "the storm and its aftermath" is now 20. Wow... and yet we have people that still call us global warming conspiracy theorists/soothsayers and accuse us of fabricating evidence to make money off of 'green products'...