Do you believe Jesus existed?

Apparently you can't do polls on here.... but

Do any of you think that Jesus actually existed? What do category do you fall into?

A. Believed he existed, claims are false

B. Believed he existed, claims are exaggerated

D. Believe he existed, claims are true (sorry had to leave the idiot category open)

First, in general all miracles are myths, imaginary, bogus, and so on. So any story about a real person who performed any miracle is false by definition no matter whether the story teller believes the story or knows it is false.

The historical Jesus, or the man you are thinking of who you might believe existed but did not perform any of the miracles attributed to him, also did not exist. Other people have already thoroughly explained how there just is no evidence from his supposed lifetime about him. Jesus's tomb was not robbed because there was no tomb and there was no jesus. So let's all quit beating around the bush and let's all finally admit that just like there is no god (and just like almost nobody wants to admit it), jesus did not exist, Jesus does not exist, and jesus will not exist.

I very willingly and ably proclaim that god does not exist, Jesus did not exist, prayer does not work, miracles do not happen,

We believe in one God,
the Father, the Almighty,
maker of heaven and earth,
of all that is, seen and unseen.

We believe in one Lord, Jesus Christ,
the only Son of God,
eternally begotten of the Father,
God from God, Light from Light,
true God from true God,
begotten, not made,
of one Being with the Father.
Through him all things were made.
For us and for our salvation
he came down from heaven:
by the power of the Holy Spirit
he became incarnate from the Virgin Mary,
and was made man.
For our sake he was crucified under Pontius Pilate;
he suffered death and was buried.
On the third day he rose again
in accordance with the Scriptures;
he ascended into heaven
and is seated at the right hand of the Father.
He will come again in glory to judge the living and the dead,
and his kingdom will have no end.

We believe in the Holy Spirit, the Lord, the giver of life,
who proceeds from the Father and the Son.
With the Father and the Son he is worshiped and glorified.
He has spoken through the Prophets.
We believe in one holy catholic and apostolic Church.
We acknowledge one baptism for the forgiveness of sins.
We look for the resurrection of the dead,
and the life of the world to come. Amen.

I believe not one word of this creed. I am able and willing to change my mind when and if I see evidence that I am wrong. I love being wrong, it gets me closer to being on a healthy track with positive outcomes.
Living under this creed resulted in my children being beaten, my mother, both my grandmothers and fifteen generations of one family line. I am off that chain.

Yes Freethinker, the world would be turned upside down. Maybe that is what we need. New Zealand, here we come.

You have to see the lie behind what appears to be true in the bible.

No, not everything in the bible is a lie, the lies are only the existence of God, and a Jesus, lies that were "painted" with existent, real and true civilizations (Egyptian, Roman), locations (Red Sea, Rome), Pharaohs and Roman Emperors.

Followers are just brainwashed, forced into religious belief and ignorant people who sooner or later they will realize the lies behind the truths, but won't get "turned upside down", just getting educated.

I think the problem is the fact that so many people give respect to the idiots who follow the go of Abraham. In our politically correct Western society we are admonished not to shame and we are told that valid criticism is some sort of phobia. e.g. Islamaphobia. A phobia is an irrational fear and there is nothing irrational about fearing the deadly cult of Islam.

Most of the Bible is bad but there are about 200 -300 verses that are not bad. Of course they are contradicted.

Yes The Prayer Of Circular Fallacies.

In fact, Christianity is just a Tautology, A Circular Fallacy.

"Jesus, the only son of god"  is circular as there is only one source in existence that makes that claim and that is the BuyBull.  No outside sources make that claim.

Thus it is circular reasoning and defeats itself, in that respect.

Almighty god, maker of heaven and earth, is again only in the ancient texts, Pentateuch/BuyBull, which is essentially the same source/writers.

Thus it too is circular and self refuting.

The all powerful god and all knowing god is entirely circular as the Buybull god differs from all the gods of the other religions at the time which were essentially polytheistic.

Yet, Judaism was originally polytheistic, as Yahweh had a wife, in the early traditions.

The theory that Jesus was an invention by the Romans to make the Jewish people subservient to the Roman empire has many factors in its favour.

Saul and Peter knew a lot about the Judaic prophecies and tradition, so they fabricated a Messiah to get the following of the Jewish people and thus control Judaism.

This failed, as Saul and Peter stuffed up on some of the prophesies and so most of the Jewish people recognized Jesus as fraudulent.

Though it did attract a reasonable following and allowed the Romans control over a large number of followers, through religion.

Though my personal opinion is that Jesus may have been a simple prophet, though his reputation was amplified by his few followers and they incorporated myths from other religions to blow his true significance completely out of proportion.

As average prophets, don't attract believers, so they had to exaggerate and if that didn't get others interested, exaggerate some more, and so on.

Of course, you get this image all the time, nothing original about this. 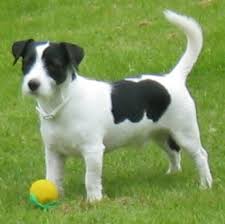 Permalink Reply by Jack Russell on March 6, 2015 at 5:27pm
What's the difference between jesus and a picture of Jesus? It only takes on nail to hang up the picture.

Permalink Reply by Leon Gretsky on March 9, 2015 at 11:01am
What's the difference between Jesus Christ and a prostitute?
- The look on their face as they get nailed... or maybe it's the same, depending on the size of the nail.

He was probably gang-banged and nailed by all of his disciples while he nailed Mary Magdelene before the Romans got their hands on him. That may be why they beat him so bad...They had already called first dibs.