great article from a fellow atheist.  i too have lost my mother to Fox News.  when i say "lost" i don't mean i don't have a relationship with my mother.  it's that i don't recognize the person she's become since she started consuming a steady diet of the network.  i read this piece on Friday morning and later that afternoon my sister sent me this article citing the comparison to our own mother.  the transformation has been obvious and startling.  she feels very informed but when we discuss the issues i find out just how misinformed she is.  she thinks i'm crazy for not seeing the world through her eyes.  that i'm brainwashed, that i'm naive, that i'm clueless.  because of her new found right wing ideology she believes her to be an expert on things that she has zero knowledge about.  her belief is that liberals are stupid and evil.  she should know better, since her son is exactly the opposite.  the cognitive dissonance alludes her though.  that's the power of propaganda.

anyone who can relate please feel free to share your stories here.

It's a shame that the older folks feel this way. I'm 67 and we watch HLN mostly, but also others and NOT Fox. CNBC is good. I watch foreign news in Al Jazeera and RT. I think that old people are scared. They want to think that god settled everything already, so there can be no issues. They want science and religion to agree, but how could they ever? It is not possible. Too much change going on in the world and older people have no security because the settled "answers" are questioned all over again.

The FOX mentality is poisoning America.

funny Pat, i use the words "parrot" and "boogeyman" all the time when talking to my step-dad.

ah yes, hatred.  i think it stems from a lack of empathy.

"look at all them freeloaders living high off the hog with MY money."

"they HAVE healthcare, it's called the emergency room!"

"those kids families broke the LAW, their parents SHOULD be deported."

"why should i have to perform a service for someone my religion disagrees with?"

(good thing yours is the majority, amiright?)

"who wants a minimum wage to begin with?  lazy people."

i could go on but those are the types of anti-empathetic comments that one learns by watching Fox News.  it makes their viewers hateful people.

The last time I visited my Grandmother, back September, her TV was on Fox News. However, I don't think she understood anything that was being said. Now, she's in her 70's, but she's not senile. She's from Serbia, and despite living in America for many years, and her learning English, she still has trouble understanding some things. And it's a bit hard to understand her when she speaks. I haven't been to her house since September, so I don't know if regularly watches Fox News, or if her TV just happened to on that channel at the time.

In my immediate family however, my mom and I watch our the local news on our CBS affiliate followed by the CBS Evening News With Scott Pelly every night. When we do watch a 24-hour news channel, it's usually CNN. I've  occasionally caught my dad watching Fox News, although he's implied that he thinks it's BS. I guess he only watches it for the entertainment value, and to call BS.  I also have an 18-year-old brother, but I don't know where he gets his news from. As for me, apart from the local news, the CBS Evening News and CNN, I usually get my news from the internet. I guess I one of the lucky ones, seeing as how my family hasn't totally been brainwashed by Fox News.

Insight into what people really believe can be had by observing the sources they seek to affirm those beliefs.

Fox doesn't change people’ s minds or convert people to the values expressed on that network.  Rather, it affirms and reenforces the beliefs that draw their viewers to them in the first place.

Fox reveals rather than changes the inner person.

“Do you seek the words of the Dalai Lama,

or the words of Ted Nugent?

I don't agree that FOX doesn't change people's minds or convert then to network embraced values. Affirming and reinforcing selectively is only part of what they do. They also ignore news that's "inconvenient", like poverty in the US, spout outright lies, and manipulate audiences through propaganda, spin and emotional arousal. 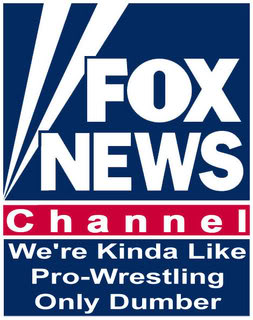 Permalink Reply by Jason Andrews on March 7, 2014 at 10:06am
I watch Fox News. I watch CNN. I don't think I get the full or accurate story either way. My father watches Fox News, bill orielly and googles rebuttles to philosophical atheism. I remember how my dad brought up irreducible complexity and Pascal's wager a week after I told my parents I was of no faith.
I feel your pain and have the same problem with my dad. He and I don't talk anymore actually, and I know it's because of his inability to see me as anything but childish and irresponsible despite all I have accomplished in my life. I wish it were different, but wishing it doesn't make it so.

The United States has always had a streak of rabid rightwing conservatism, but it did not grow much until there was mass media to fan the flames. Many people find modern life difficult to understand and Fox News provides them with a consistent narrative—all problems come from socialist liberals who hate America and want it to fail. This makes no sense to better informed people, but like Satan as a explanation for evil, it gives an explanation that is easy to understand.

In recent years the GOP has mined the rabid rightwing for votes and the country has steadily moved to the right. The question is whether the electorate will give more power to the Tea Party in 2014 and vote for a Republican majority in the Senate. That is a real possibility since many voters do not bother with midterm elections.

Permalink Reply by Starscream on March 7, 2014 at 8:58pm
Luckily for me, my parents don't have cable, although I think my father albeit republican, rejects extreme absolutist views.

What I DO have to deal with is nearly 100 coworkers that mostly watch faux news. It's even written on the remote in the company break room. And there are a lot of parallels to how the author and you feel about your parents. I can point out the ones that watch Fox News as their talking points resemble one another; they have the same hatred for socialist/liberal/democrats and often have quite derogatory things to say about the POTUS.

I completely agree with the closed minded effects of watching Fox News and how the viewer feels they are actually very informed and knowledgable about a plethora of topics they have no knowledge of outside of fox. The constant degrading of scientists and professionals usually sets me off. I'm an employee of a very specialized company (racing engines), where fans and tv commentators like to weigh in on the technology. I always like to point out how mislead or in some cases patently false some assertions on TV are and how that's how climate scientists must feel when watching the news. Some see the irony....some do not.

Not that she'll watch, but I always enjoy the Daily Show when Jon Stewart points out the conflicting points of view over time between different hosts and sometimes the same host will flip flop 6 months apart (to stay opposite the president of course). Maybe if she can see Fox news disagreeing with itself, she'll see it's just as fallible as the other news programs out there.

i had a long talk with my mom yesterday about her abject hatred for the poor.  while it's well and good to be concerned about fraud in our social welfare programs, wouldn't it be a better use of her time and attention to focus on corporate welfare and tax fairness where the rich are benefiting?  she doesn't even think about that, b/c Fox loves to focus on the poor who are living it up on our dime.  she really thinks like this and it drives me mad.

This comes out of one of the myths they use to teach us to "be a good boy and pay our taxes." That myth says our tax money is what runs the government. Truth is, all of our tax money would not run our government for one day.

When I run onto one of these "they are using my dime" type people I ask them if they really believe that way. Next I challenge them to find the form where they can become exempt and get their money back. Many of these also throw in a statement that "jeezus wouldn't like it." That's funny. Jeezus wouldn't like feeding the poor.