On Friday, Marvel announced that the company is "joining forces" with Northrop Grumman, manufacturer of the Global Hawk surveillance drone and the fifth-largest arms manufacturer in the world.

The company has already released a comic book starring a new team of heroes who work for Northrop Grumman, called Northrop Grumman Elite Nexus, or N.G.E.N. You know, like "engine," as in the engine of the B-2 Spirit, a stealth bomber that Northrop manufactured for the US government and dropped bombs over Kosovo and the Middle East. 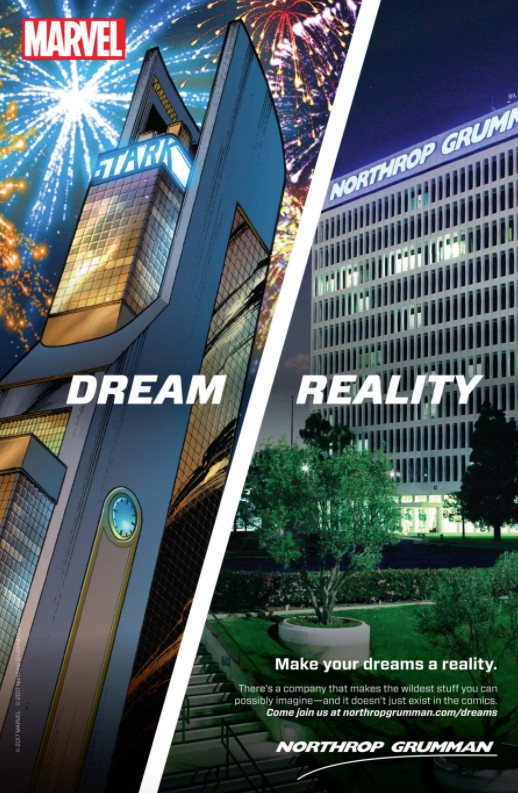 You do want you kids to dream fantasize about bombing Kosovo, right? That's a perfectly OK moral lesson to mold their childhood.

Oh Yes! That is the way we teach our young generation to hate and hurt others. No concept of consciousness or care or concern for others or for the Earth. "Bomb 'them' to smithereens" as if bombs were a sport. How do we think Europeans were able to go to Africa and enslave the native populations, or able to go to the Americas and enslave them? There is something about the European history that makes savages of so many of us. I wonder if the early Colonists to Africa or to the Americas had anyone who stood up to the horrors presented by the intruding conquerers and said, "This is wrong"?