Spikes in methane, similar to the recent one, have happened before, Michael Mann reassures us. I'm still not happy about it though. 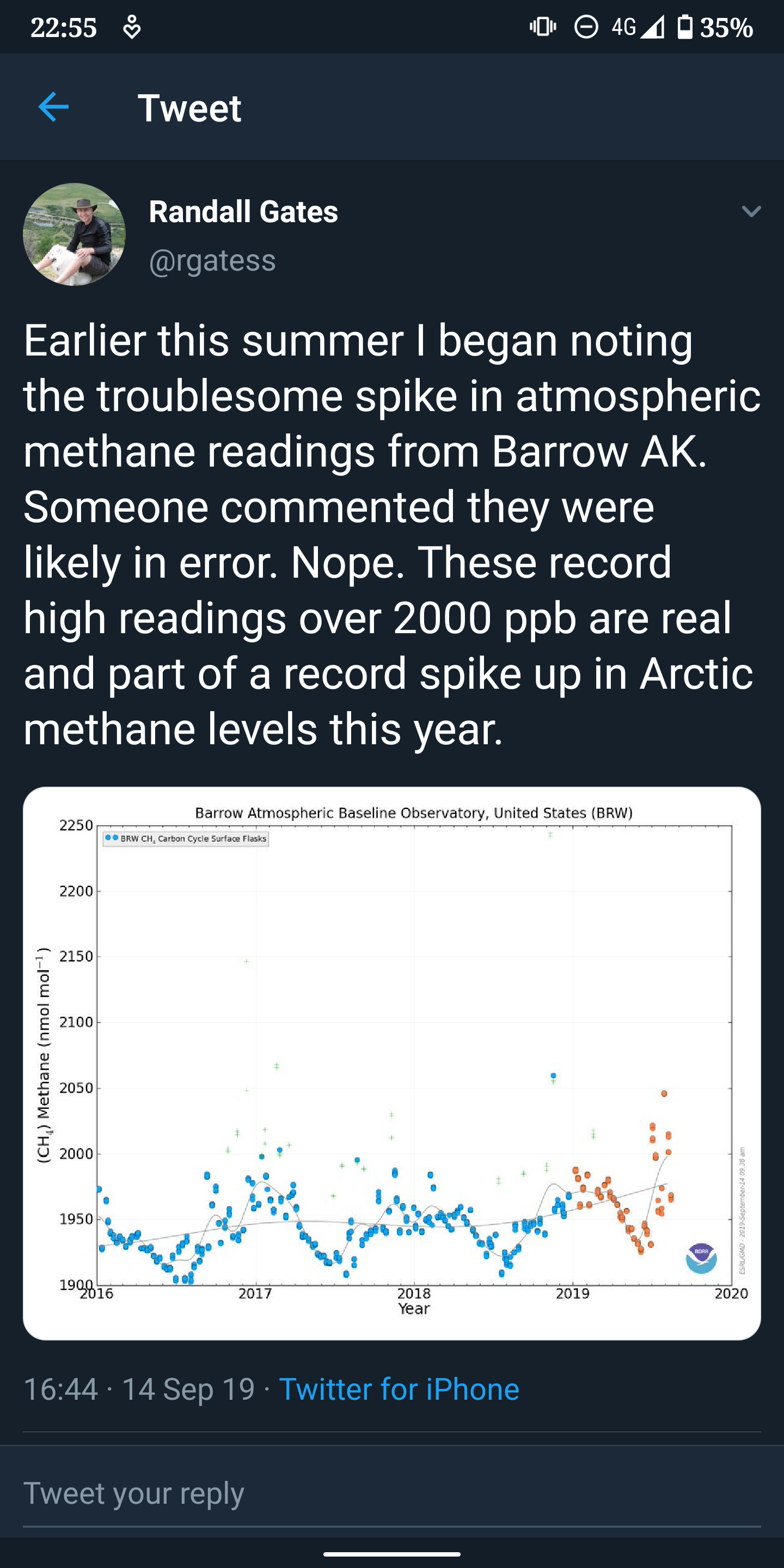 The 2019 measurements are consistent with the trend over the past decade. Outliers (i.e. isolated data points that lie well above the average) are seen throughout the record. Do not over-interpret them.

Yeah, it's probably from fracking rather than methane hydrate outgassing or permafrost melting. Not a sign of having crossed a tipping point. But it's still a potent greenhouse gas.

... Carex aquatilis and Arctophila fulva ...   account for two‐thirds of the total regional CH4 flux of the Barrow Peninsula.