This rant against atheists appeared in some of Australia's major metropolitan newspapers today, including the Sydney Morning Herald.

Some of you may wish to post a response.

It's not all bad news though. The writer did give the Atheist Convention in Melbourne a plug in para 3 - and it would be nice if you could find a way to work it into your reply as well ;-) You don't have to be an Australian to respond.

Permalink Reply by Joel Cabides on October 26, 2009 at 8:15pm
Havent read it, though but who wrote it? was it sponsored by anti-atheist grp/ppl or they ddnt research enough.

Permalink Reply by Chrys Stevenson on October 26, 2009 at 10:18pm
WE are initiating the hostilities? Oh, Mike, come on! Who has been telling atheists for centuries that if they don't believe they'll burn in hell? Did you know there are still some states in the US where atheists cannot, by law, hold public office? Who is it imposing their narrow belief system on us, in terms of issues like euthanasia? Who is it ripping off the tax system for billions of dollars a year? Who put their lobbyists into the parliaments of the world to try to force their views onto those who don't share their faith? Who hinders sex education and aids education? Whose hateful views on homosexuality drive young gay men to suicide? I assure you, WE did not start the fucking hostilities! In fact, we're a couple of centuries late responding to them.

Permalink Reply by Chrys Stevenson on October 26, 2009 at 10:33pm
If theists had stayed in their churches and kept out of politics, the fight would not have erupted. The religious right began the hostilities the minute they politicized.

Permalink Reply by Louis Davout on October 27, 2009 at 12:19am
"Separating the two is a rather new phenomenon"

What's you definition of recent?

Under republican government religious officials were appointed just like political ones. Ancient Israel was different in as much as the King and the priesthood were separate and limited to their respective spheres of authority and responsibility, though interferences did happen as well. Later, under foreign supremacy, the high priest also held the highest civil authority in an autonomous theocracy.

The concept of separating church and state is often credited to the writings of English philosopher John Locke. - who died in 1704

"In Western Culture, free thinkers challenged and are challenging the status quo and it IS starting a fight."

If speaking out for rights is starting a fight, then to arms and the damn the torpedoes!

Permalink Reply by Chrys Stevenson on October 27, 2009 at 12:48am
Praise the Flying Spaghetti Monster and pass the ammunition! 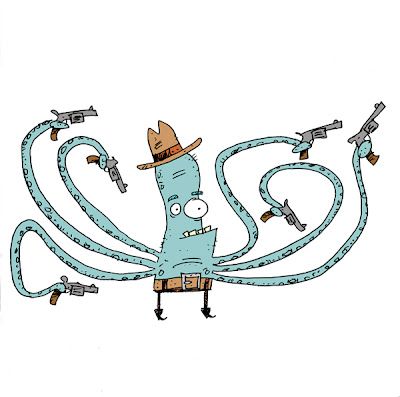 Permalink Reply by Jared Lardo on October 26, 2009 at 11:49pm
Strictly speaking, by the recent, developed cultural meaning of "freedom of religion"--possibly in addition to something else that I can't remember just now--the Supremacy Clause kicks those state laws flat on their asses.

Permalink Reply by Joel Cabides on October 26, 2009 at 9:35pm
I just read it up(entertaining and of my understanding:

1) Tyrants devoid of religion such as Hitler(catholic), Stalin, Lenin, Mao and Pol Pot perpetrated the worst atrocities in history. W/C are mostly if not all politically driven.

2)Jews are commanded to love the stranger that lives in their land as they would themselves.= backpackers(jew), family(jew) and slaves(not jew?).

3)True religious values are grounded in notions of community, charity, mercy and peace.= Tell that to Al quada theyll be happy or the KKK. Or mother Theresa's charities making hospices & nunneries not hospitals or schools.

4)WTH! What about not stealing Einstein

5) Stephen Hawking separated his work from his belief did he not?

6)Is it fair to compare real child abuse with parents instilling in their children religious morals and codes? He should now about emotional stress that goes with it. real child abuse?/True religious values? are these new categories now

What about Spinoza, Wittgenstein, Isaiah Berlin, Derrida, Maimonides, Emmanuel Levinas, Martin Buber, Karl Popper, Walter Benjamin and Ayn Rand to name only a few. Does it seem like Judaism is bereft of philosophers?

Wittgenstein - raised catholic
Rand - yes, a real spiritual one there. No comment.
Popper - both parents had converted to xtianity from Judaism

I'm not going to bother with the rest. At the bottom of the article -

For an alleged expert historian, he is a disgrace.

I went through the whole article point by point. The Herald nuked everything except this -

Anyone who cites Hitler, Einstein and Hawking to support the theist case only shows they haven't seriously addressed the facts and are relying on third hand pulpit anecdotes.
Franc Hoggle | Grogan, NSW - October 26, 2009, 1:30PM

Seriously. This is the absolute best theists can do. So it's not all bad.

Rose Braden is now a member of Atheist Nexus
20 hours ago
Welcome Them!