What is best country or state for non-believers

I'm increasingly uncomfortable living in the US as I since a distinct rise in religious fascism both in the general public and government.  Where do you think is the best place for atheist to emigrate to?

Permalink Reply by Will Faithless Sophia on March 20, 2011 at 1:13pm
Canada, there is still hope in Canada.

Permalink Reply by Starscream on March 20, 2011 at 4:13pm
The northwest is very open to non-believers. Look up census data for Washington and Oregon state. Seattle is probably one of (if not the most) non-religious cities in the country.

Washington is highest percentage of non-religious at 25% but that doesn't mean they are 25% atheist/agnostic. Oregon and Vermont are tied at 21%.

Vermont wins the pole below asking the question about religion in daily life.
http://www.gallup.com/poll/114022/State-States-Importance-Religion....

Oh there is definitely a rise in religious fascism.  It seems that they have set their sights back on abortion/sexual issues.  Here's some frightening examples just in the last month or so:

This is a preposterous anti-Planned Parenthood ad:

These things are not about protecting us.  They are all about controlling us.  They've worked over the past couple of decades to try and control our speech and our minds in general, now they want to control our bodies even more.  If it can start with these laws, pending they pass, then where will it end?

Permalink Reply by Phister Gagghol on March 20, 2011 at 11:42pm
I am really enjoying how the UK is starting to give atheism a push here in the US with guys like Ricky Gervais, and of course Dawkins and Hitch.  I'm in school for 2 more years then I can work on finding somewhere more atheist-friendly.  I have heard a lot of good things about the northwest, besides the lax views on religion.

Go to the Netherlands, the people are almost the same as Germans (but don't tell them that) it's one of the most multi cultural countries in the world, especially our capitol Amsterdam, and nearly everybody speaks English. Not just my generation, but also those of my parents and even grandparents.

Oh, and we've got great beer and weed!

Permalink Reply by Jedi Wanderer on March 22, 2011 at 8:51am
Now THAT sounds like the place to be! Amsterdam is now the place I want to retire.

We have incredibly low unemployment at the moment and there are quite a few jobs available for people that do not speak Dutch, although the picking is more limited then for those that do. Amsterdam has more nationalities (registered) then any other capitol in the world, the atmosphere is quite cosmopolitan and laid back.

We tend to be relatively liberal in our politics and religion is very much a part of people's personal lives. We don't really approve of people professing their beliefs in public, neither do we approve of criticizing people's belief in public. In private however this is a completely different matter.

I've heard from several sources that we Dutchies can be quite direct rude and offensive, I would say that we are outspoken and appreciate truthfulness. 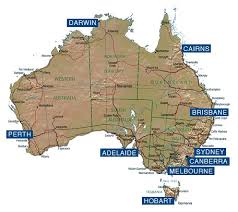 Permalink Reply by Gary C. on March 22, 2011 at 4:39am
You know a country is atheist friendly if they elect an atheist prime minister.  I don't even think a Jew could win the presidency in the United States.

Any medium to large city on the west coast or the northeast could be considered "atheist friendly".  Seattle, San Francisco, Portland, D.C., Boston, and New York City have pretty large atheist communities.

As far as countries go, any country with a good education system will have a large amount of atheists.