Lifting Weights, Twice a Week, May Aid the Brain

As a senior woman who hits the gym, this was very encouraging. Testing "a large group of generally healthy women between the ages of 65 and 75" researchers found that weight training twice a week slows white matter deterioration. 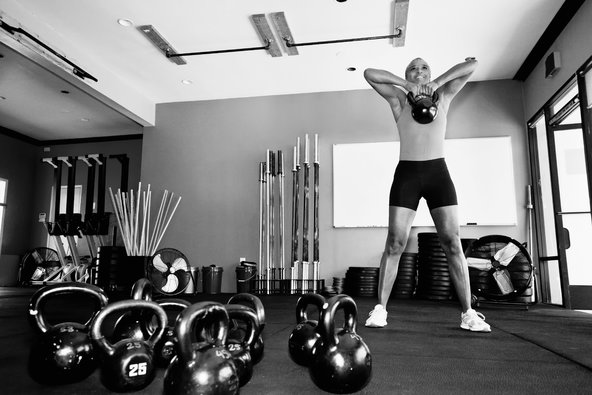 Many neurological studies have found that, by late middle age, most of us have begun developing age-related holes or lesions in our brains’ white matter, which is the material that connects and passes messages between different brain regions.

These lesions are usually asymptomatic at first; they show up on brain scans before someone notices any waning of his or her memory or thinking skills. But the lesions can widen and multiply as the years go by, shrinking our white matter and affecting our thinking. Neurological studies have found that older people with many lesions tend to have worse cognitive abilities than those whose white matter is relatively intact.

A few encouraging past studies have suggested that regular, moderate aerobic exercise such as walking may slow the progression of white matter lesions in older people.

... changes in gait with aging may indicate and even contribute to declines in brain health, including in our white matter, scientists think.

... those who had lifted weights twice per week displayed significantly less shrinkage and tattering of their white matter than the other women.

They also walked more quickly and smoothly than the women in the other two groups.

"... exercise, including weight training, clearly “has benefit for the brain,”... we are just really now gaining an appreciation for how impactful exercise can be.”

Bottom line: light upper- and lower-body weight training twice a week is good for your brain and your gait.