Researchers ... report in the journal Science that crops engineered with a photorespiratory shortcut are 40 percent more productive in real-world agronomic conditions.
Photosynthesis uses the enzyme Rubisco—the planet's most abundant protein—and sunlight energy to turn carbon dioxide and water into sugars that fuel plant growth and yield.

Unable to reliably distinguish between the two molecules, Rubisco grabs oxygen instead of carbon dioxide about 20 percent of the time, resulting in a plant-toxic compound that must be recycled through the process of photorespiration.

Photorespiration normally takes a complicated route through three compartments in the plant cell. Scientists engineered alternate pathways to reroute the process, drastically shortening the trip and saving enough resources to boost plant growth by 40 percent. This is the first time that an engineered photorespiration fix has been tested in real-world agronomic conditions.

The team engineered three alternate routes to replace the circuitous native pathway. To optimize the new routes, they designed genetic constructs using different sets of promoters and genes, essentially creating a suite of unique roadmaps. They stress tested these roadmaps in 1,700 plants to winnow down the top performers.

Over two years of replicated field studies, they found that these engineered plants developed faster, grew taller, and produced about 40 percent more biomass, most of which was found in 50-percent-larger stems.

The team tested their hypotheses in tobacco:...

Now, the team is translating these findings to boost the yield of soybean, cowpea, rice, potato, tomato, and eggplant. [emphasis mine] 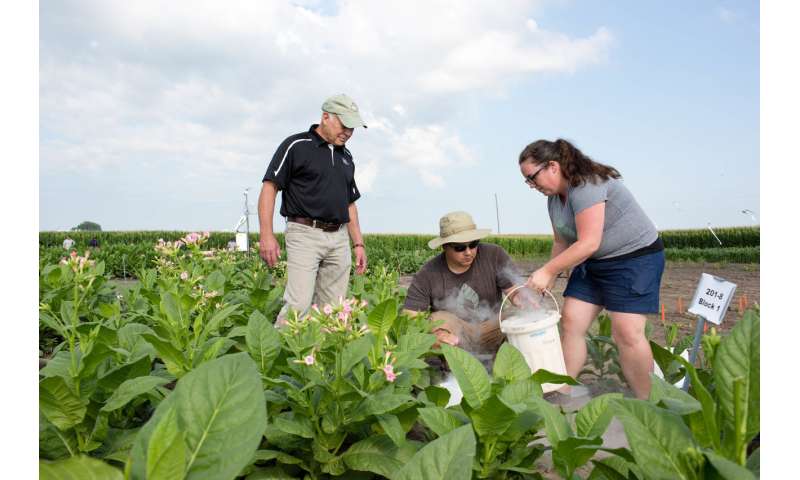 Hopefully they'll figure out how to put the extra productivity into fruits instead of stems, to feed the world.

Have studies been done showing that the nutrients (for humans, of course) in these boosted-yield foods are equivalent to the nutrients in conventionally raised foods?

Some wanna-be scientists replace empirical methods with theorizing and they function as pseudo scientists.

Genetically modified foods for humans, animals, and other edible crops scare me. We don't know their effect on human cells, for example. As I sat in the chemotherapy room allowing poisons pumped into my body because I had cancer and so did the other 17 people sitting letting the toxic chemicals drip into their bodies. Some had uncontrollable vomiting, others curled into the fetal position, others could not stop crying, and we willingly allowed the toxic treatments to proceed.  We discussed the causes of our cancers and most of us did not know, nor did the technical staff who cared for us, and even the physicians who prescribed our care had no answer to our questions. What can we do to prevent future cancers?

We lost our hair, control of our sphincter muscles, curled toenails and fingernails, and many other side effects:

Why did we all have cancer? I do not know. Do you? Does anyone?