Following melting of the ice sheets, the climate was very warm, with the increased heat above continents pushing more naturally generated ozone destroying chemicals into the upper atmosphere. This let in high levels of UV-B radiation for several thousand years.

Professor Marshall says his team's findings have startling implications for life on Earth today: "Current estimates suggest we will reach similar global temperatures to those of 360 million years ago, with the possibility that a similar collapse of the ozone layer could occur again, exposing surface and shallow sea life to deadly radiation. This would move us from the current state of climate change, to a climate emergency."[emphasis mine]

Image of sterilized, UV-damaged spore from rocks of the time. 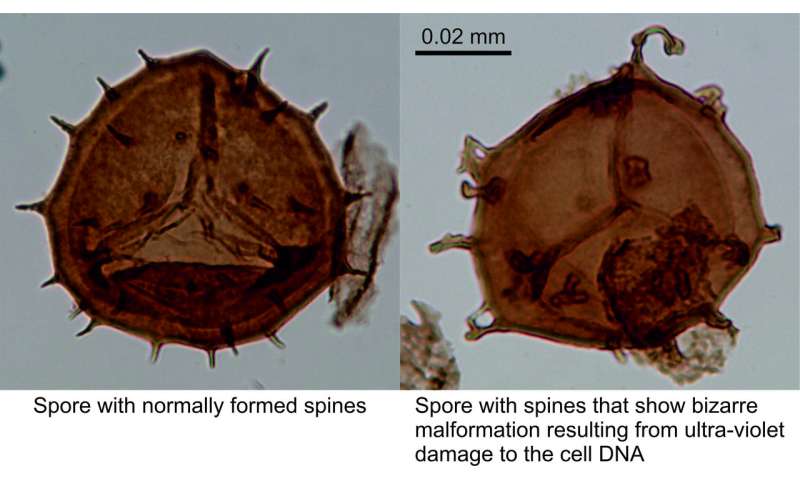 Earth's future guaranteed by continued fossil fuel reliance looks increasingly like an alien planet unable to sustain life. Not only deadly heat, regular super storms, unprecedented disease, starvation, but now also plants sterilized globally and deadly levels of UV-B in daylight hours that would not only kill unprotected humans but our animals, wild land animals, and shallow water species. I find it difficult to imagine how civilization could survive several thousand years of that.