I'm a solar power enthusiast, but this turns my stomach. We need a different approach.

IVANPAH DRY LAKE, Calif. (AP) — Workers at a state-of-the-art solar plant in the Mojave Desert have a name for birds that fly through the plant's concentrated sun rays — "streamers," for the smoke plume that comes from birds that ignite in midair.

Federal wildlife investigators who visited the BrightSource Energy plant last year and watched as birds burned and fell, reporting an average of one "streamer" every two minutes, are urging California officials to halt the operator's application to build a still-bigger version.

The investigators want the halt until the full extent of the deaths can be assessed. Estimates per year now range from a low of about a thousand by BrightSource to 28,000 by an expert for the Center for Biological Diversity environmental group.

The deaths are "alarming. It's hard to say whether that's the location or the technology," said Garry George, renewable-energy director for the California chapter of the Audubon Society. "There needs to be some caution."

The bird kills mark the latest instance in which the quest for clean energy sometimes has inadvertent environmental harm. [emphasis mine] 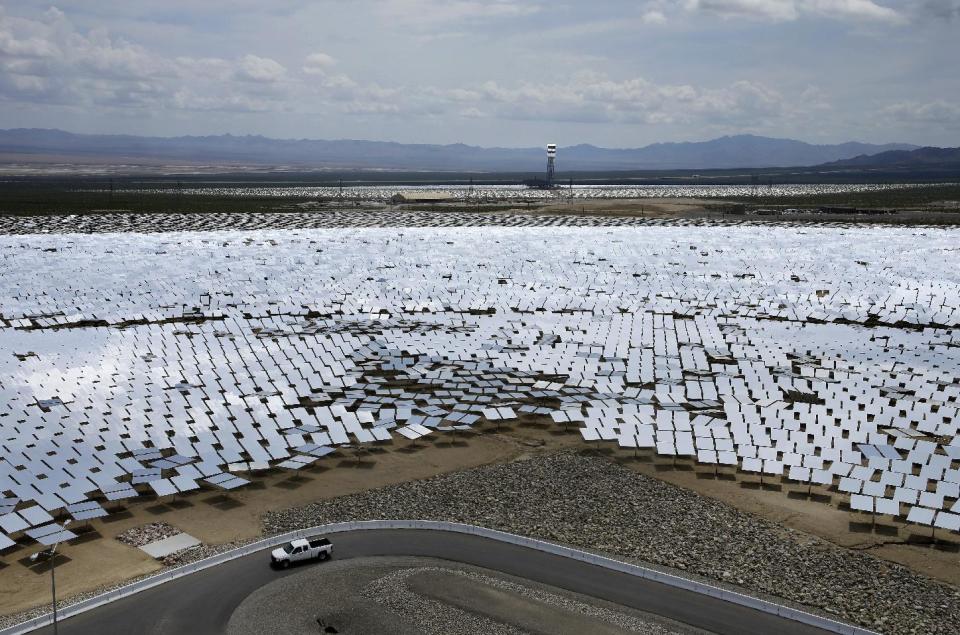 Oh! How awful! Do you know if these solar plants are located on flyways? Just the thought of a few birds being cooked in such an awful way is appalling, but the threat to whole flocks would wipe out a species very quickly.These damnable unintended consequences to well intended policies and practices!!!

... each study used a different methodology to come up with their numbers.

The low estimate for bird deaths from solar power comes from the solar company BrightSource, which was recently accused by the Center for Biological Diversity of operating a solar farm that kills as many as 28,000 birds a year. The high estimate comes from the Center for Biological Diversity, whose estimate is just from that one solar farm in California. Bird deaths from solar farms have been estimated to be relatively low, though — a U.S. Fish and Wildlife study earlier this year found only 233 bird deaths at three different solar farms in California over the course of two years.

As for coal, those bird death numbers came from a peer-reviewed study in the journal Renewable Energy. That estimate had a more sweeping methodology, though, with the study’s author including everything from coal mining to production — and bird deaths from climate change that coal emissions produce. Together, that amounted to about five birds per gigawatt-hour of energy produced by coal, almost 8 million per year.

Either way, U.S. News notes that none of these numbers hold a candle to cats, which are estimated to kill 1.4 to 3.7 billion birds every year.

CHART: How Many Birds Are Killed By Wind, Solar, Oil, And Coal?