For fans of Carl Sagan's writings and productions like Cosmos and The Demon Haunted World. No one else in recent memory did more to bring science to the masses than Sagan. Join a group of others who enjoy his work!

Carl Sagan had a curious mind for his entire life. In his book The Demon Haunted World he lamented the death of curiosity in high school students that he attributed in part to parents' obsession with either having an answer or making a question sound stupid when asked by their children.

Despite his critics, many in the scientific community itself, Sagan brought the human story of science to people, recognizing the responsibility to educate people in a way that spoke first to their humanity and second to their logic. We will do well to emulate this approach in the 21st century as we contend with all manners of illogic and unreason that he warned of in The Demon Haunted World.

His PBS series Cosmos still stands alone as a pinnacle of achievement in science communication. I wrote an essay for the ten-year-anniversary of his death entitled "The Eternally Curious Carl Sagan". You can read it here:

Sagan reading a passage from his book Pale Blue Dot

Did Carl Sagan influence you on the road to atheism?

You need to be a member of Carl Sagan Fans to add comments! What to Think About:  Philosophy for a Thoughtful Younger Generation, by Chris Brockman is up on Amazon. Brockman uses his own definition of “philosophy” as a “systematic study of who I am, what’s out there, and what should I do about it,“to arrive at suggestions for things to think about.  Each chapter ends with scenarios and questions challenging the reader to think. This book is “written from a humanist perspective,” and may offend some religious sensibilities.  It is recommended for young adults.  Chris Brockman is the author of the classic of religious skepticism for children What about gods?

Well, gee ... did Carl Sagan have an influence on the next generation of astronomers and astrophysicists?  Ummm ... one guess:

I'm happy to join this group.  Carl was very dear to me.  I predict he'll go down in history as the greatest educator of the century.  Not as much for the information he taught but for the curiosity and enthusiasm for learning he inspired. 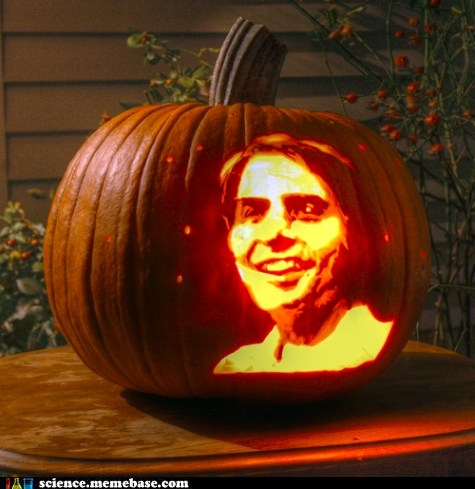 Comment by Lyra Silvertongue on July 28, 2011 at 10:34pm
Hey Kelvin, me too! Almost finished. There is so much good stuff in there.