Wholesome Animal Memes To Start The Week Off Right

Have some faith in humanity, people! These animal stories will put an instant smile on your face, even if it's just for a few minutes. And if these aren't enough, there are even more wholesome animal memes to be found!

Meet the unlikely duo that has the internet melting! Herman (the pigeon) and Lundy (the 8-week-old Chihuahua), both at The Mia Foundation, an organization dedicated to giving pets with birth defects across the country a fighting chance.

Herman is a pigeon who cannot fly, and Lundy is a special needs Chihuahua.

Herman and Lundy were both placed on the same pillow at the New York-based non-profit and they took to each other right away!

"I set Herman on a dog bed and started caring for Lundy, and I decided to carefully put Lundy in the same dog bed next to him," Sue Rogers, who founded The Mia Foundation in 2012, told PEOPLE, of how the adorable friendship moment started.

The pics have since gone viral!

Little kitten has an even tinier kitten on its nose

Picture this; You're 15, you're improving your pull-ups and device that it's time to show the world what you're made of. So you are going to videotape your success and show just how many pull-ups you can do. So you set everything up. Perfect angle for the camera, timing, lighting, everything. You start. You're on a role, you're pushing through these pull-ups easy peasy. You're excited, you turn around and you see the cat...blocking the entire view because let's face it... cats know they are the center of attention and make sure that everyone knows it too

You are probably right

You need to be a member of Ceiling Cat Vs. Basement Cat to add comments!

Patricia, cute kitties, but I'm scared that last one will get his paw sewed.

Joan, let us know if that family makes another video on the further cat adventure. This homesteading family needed a mouser because of disappearing seeds from their seed beds. This is their story. 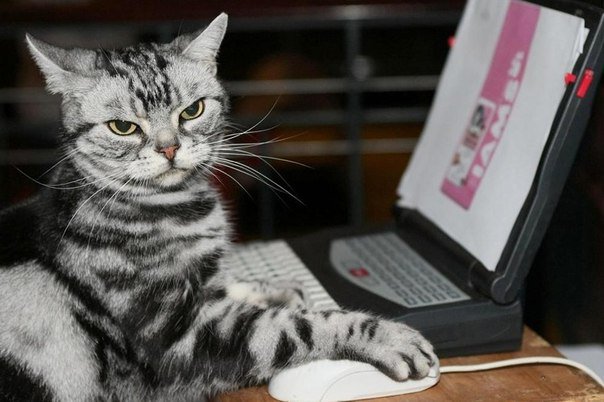 Rose Braden is now a member of Atheist Nexus
17 hours ago
Welcome Them!