Studies show that climate skepticism is a male-dominated perspective. Men are less likely than women to accept scientific conclusions about people being responsible for rising temperatures. And they're more likely to overestimate their knowledge of the issue.

Kim Cobb, a professor of earth and atmospheric science at Georgia Tech,…  has noticed a shift in the tone of her critics.

"I do see a shift toward a lack of substance sharing," Cobb said. "So much of the flak from the climate-denial community, I think, was in the form of trying to share graphs to show their point, trying to question you on the validity of the science. And a lot of that was very misguided, of course, but it was still pretending to be substantive, on the data, on the issues themselves. But it seems much of it today has turned completely to ad hominem attacks, these stream of emotionally laden insults with no substance whatsoever behind them,

"I can tell you that there is a very large overlap between those who harbor conspiracy theories about climate science and those who express unenlightened views when it comes to matters of ethnicity and gender," [Michael] Mann said. "In short, yeah — a surprisingly large number of climate deniers are misogynists. And so our female colleagues are at the receiving end of a particularly toxic brew of denialism, conspiratorial ideation and misogyny. It is most unfortunate and most disturbing." [emphasis mine] 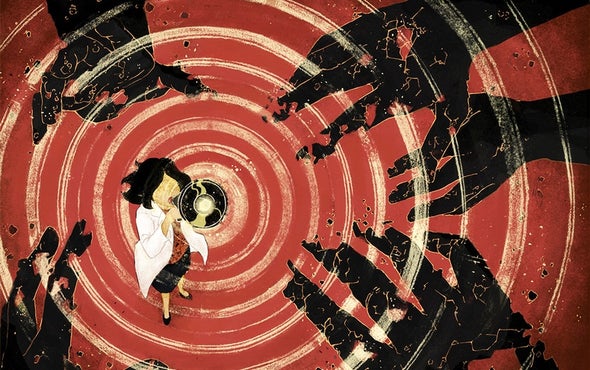 Ruth, remember Gandhi's words when he was freeing India from English rule:

First they ignore you, then they ridicule you. When they try to kill you you know you're winning.

It's what men with weak holds on power do.