F.B.I. Opened Inquiry Into Whether Trump Was Secretly Working on Behalf of Russia (NY Times)

The inquiry carried explosive implications. Counterintelligence investigators had to consider whether the president’s own actions constituted a possible threat to national security. Agents also sought to determine whether Mr. Trump was knowingly working for Russia or had unwittingly fallen under Moscow’s influence.

The investigation the F.B.I. opened into Mr. Trump also had a criminal aspect, which has long been publicly known: whether his firing of Mr. Comey constituted obstruction of justice.

Agents and senior F.B.I. officials had grown suspicious of Mr. Trump’s ties to Russia during the 2016 campaign but held off on opening an investigation into him, the people said, in part because they were uncertain how to proceed with an inquiry of such sensitivity and magnitude. But the president’s activities before and after Mr. Comey’s firing in May 2017, particularly two instances in which Mr. Trump tied the Comey dismissal to the Russia investigation, helped prompt the counterintelligence aspect of the inquiry, the people said.

This bombshell landed on Joy Reid's desk as she filled in for Rachel Maddow last night.  According to her reporting, the FBI was VERY hesitant to tackle this, for the nature and sensitivity of the proposed investigation, and it was spawned in large portion by the firing of James Comey.  Still, is anyone genuinely surprised about this? Consider:

And too many other line-items to count.  Anyone who pays even cursory attention to the news would have long since deduced that Donald Trump was in Putin's pocket before now, but what the FBI is alleging is far more pernicious: Trump Has Been TURNED and is actively working in the interests of Putin and the Russian Federation.

The good news?  Not long after this investigation was initiated, it was merged with Special Counsel Robert Mueller's probe into Russian tampering with the 2016 presidential election and will almost certainly be a significant portion of Mueller's final report, expected sometime in February.

It would seem that the other shoe is about to drop ... and the thud is liable to be heard around the world.

….And anxious for that shoe to drop!

One wonders how many feet tRump has? Shoes just keep dropping so fast he has to have more than the normal number of feet, more like the feet of an octopus.

I am all for shifting from war-talk to trade-talk, but not the way he reveals through his pronouncements. He shows no evidence of negotiation with other nations but collaborating with our adversaries. He wants profits, but the cost of his profits is our nation's security.

I don't like capitalism and I don't like communism or totalitarianism either. The U.S. reveals that capitalism provides a great opportunity for some and even greater poverty for others. International trade under capitalism means creating markets that impoverish other nations, wiping out the agriculture sector of those nations forcing poor farmers into cheap wage industrial jobs. The weakened nations empower corruption, the increase of violence, and the swarm of immigrants coming to U.S. borders. Our policies and practices created the disruption. tRump thinks a wall will solve the problem.

Sea level rise is real, creating refugees from all shorelines. How many walls will it take to protect our nation from the consequences of wrong, immoral, unethical policies?

As many shoes as faces, I'm sure. He's waaaaaay beyond two-faced. 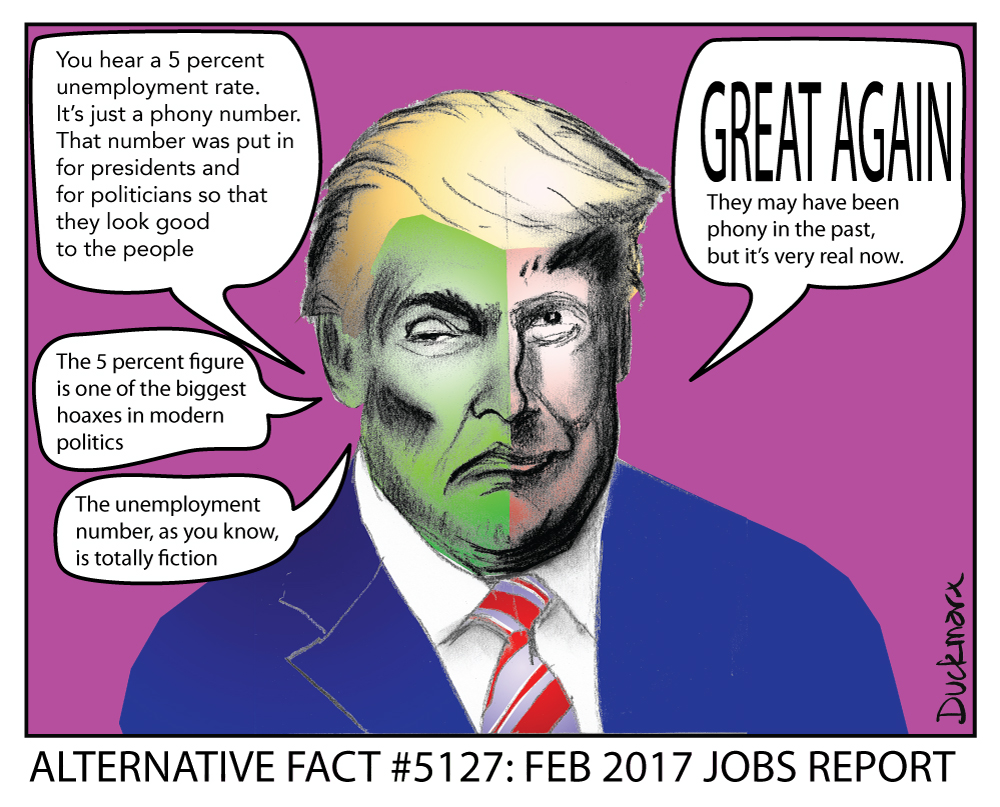 Me too. I'll be outraged if the public is denied full access.