This has nothing to do with Creationism. This is a space for discussion of new, innovative design in any field of human endeavor: new medical methods, sustainable architecture, gizmos, nanotech, transportation, communication, etc.

Hello and Welcome. Hope the name caught your attention and the content makes you stay ...

I'm a designer and a dreamer. I've been reading science fiction and studying the history of technology and design since I was ten. Raised by an MIT trained engineer and the daughter of a master carpenter, I guess it's in my DNA.

I want this to be a place to discuss new ideas and innovations, as well as good online resources to keep finding more. I'd also love to discuss the ethics, pros, cons, and unintended consequences - good or bad - that we think may come of these things.

Design is everywhere and it is often based on what has evolved. The designer of velcro, for instance, loved to hike and, while pulling burrs from his clothing, got a great idea. So, if you know the stories behind designs, or even have some fun, funny, or even plausible guesses - we can share them here as well.

"The Jumping Jesus Phenomenon is my name for the acceleration of information throughout history. I first heard of that through Alfred Korzybski, a Polish mathematician who invented a scientific discipline called General Semantics. Korzybski noted that information was doubling faster and faster, every generation. And he said we've got to be prepared for this, we've got to train ourselves to be less dogmatic and more flexible so that we can deal with change. He took the year 1 A.D. as his basic unit to calculate how long it took for the information available to human beings to double, and it took 1500 years... which brought us up to the Renaissance. Leonardo Da Vinci was in his forties, and the Renaissance was at its height.

I decided to call this unit a "Jesus": so, in 1 A.D. we had "one Jesus", in 1500 we had "two Jesus". The next doubling only took 250 years, so already you can see the acceleration factor, and by 1750 we had "four Jesus". The next doubling took a hundred and fifty years and by 1900 we had "eight Jesus". The next doubling only took fifty years and by 1950 we had "sixteen Jesus". In 1960 in only ten years we had "thirty-two Jesus", by 1967 we had "sixty-four Jesus", and by 1973 we had "128 Jesus", and the latest estimate I've seen is by Dr. Jacques Vallee, a computer scientist who says that knowledge is doubling every year. But I heard that estimate, oh, five or six years ago. I saw something on the net recently, somebody estimated it's doubling about twice a year now."

We live in interesting times and, if ancient, tenacious, mind stultifying ideologies don't hold us back, 'interesting' has a real chance of meaning - pretty frikkin' cool.

How Supercomputers Will Yield a Golden Age of Materials…Continue

Two women designed an "invisible bike helmet" that pops up a personal head-protecting airbag when an impact happens.…Continue

You need to be a member of Intelligent Designs to add comments! 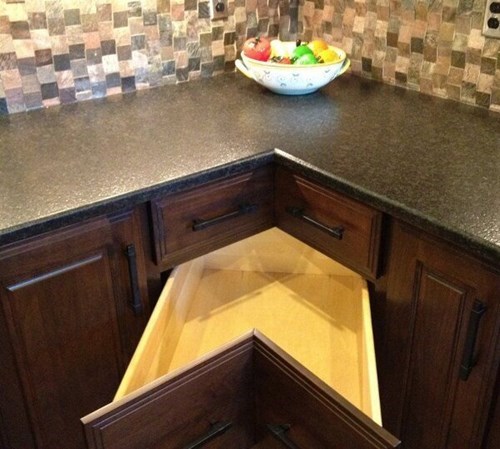 Comment by Glenn Sogge on May 30, 2010 at 6:34pm
I've been pretty busy, too, as soccer seasons are ending and tournaments beginning. I promise to do better.

Comment by Howard S. Dunn on March 16, 2010 at 11:39pm
Design is a subset of evolution. It emerged as an adaptation to adaptation.

Comment by Howard S. Dunn on February 18, 2010 at 10:00am
Don't mean to neglect this space - need to dig up some resources. Meanwhile, feel free to start stuff up.

Who is that guy in your avatar image?

Joan Denoo replied to Joan Denoo's discussion Predicting COVID-19, How will the COVID 19 resolve?
48 minutes ago

Joan Denoo replied to Joan Denoo's discussion Predicting COVID-19, How will the COVID 19 resolve?
2 hours ago