Designing in the digital and physical worlds at the same time

A machine developed at the University of Lancaster in Britain provides a glimpse of a future in which product designers will be able to work in both digital and physical forms—at the same time. The ReForm is a desktop machine ... to pick up any changes made to a physical model of a product and reflect those changes back into the digital model, or vice versa.

Inside ReForm is a fast-spinning milling head, which cuts shapes out of material in the traditional subtractive manner, and a 3D-printing extrusion head, which builds material in layers up additively. Overseeing proceedings is a 3D scanner, which projects a pattern of light onto the object being worked upon.

At present the machine works with modelling clay.

A digital CAD design can be sent to ReForm and it will set about milling it from a block of clay or printing it, after the machine itself determines which process will be the fastest. It could be a combination of both. Alternatively, an object can be placed inside ReForm to be scanned, after which a replica will be made either additively or subtractively.

Changes can then be made to the object, cutting a bit off here, say, adding a bit there or drilling a hole. That could be done virtually on a computer screen or by removing the physical model and doing the work manually. Once placed back into the machine, the scanner detects the changes and updates the digital model. [emphasis mine] 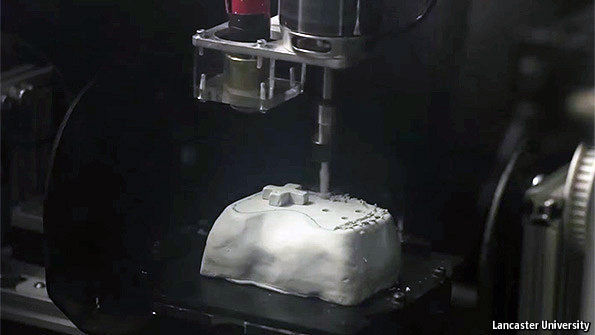 With further development, he believes it will be possible to integrate other manufacturing techniques into ReForm, such as making things in plastic or metal or at much larger scale, with milling and extrusion heads mounted on robotic arms.

Eco-Logical: A Group for Environmentalists

abdulrahman aliyu replied to Navitta Nelson's discussion Can a man love 2 women at the same time? in the group Black Freethought
5 hours ago