An online game in which people play the role of propaganda producers to help them identify real world disinformation has been shown to increase “psychological resistance” to fake news,...

Players stoke anger and fear by manipulating news and social media within the simulation: deploying twitter bots, photo-shopping evidence, and inciting conspiracy theories to attract followers – all while maintaining a “credibility score” for persuasiveness.

... “We are shifting the target from ideas to tactics. By doing this, we are hoping to create what you might call a general ‘vaccine’ against fake news, rather than trying to counter each specific conspiracy or falsehood.”

Our platform offers early evidence of a way to start building blanket protection against deception, by training people to be more attuned to the techniques that underpin most fake news. 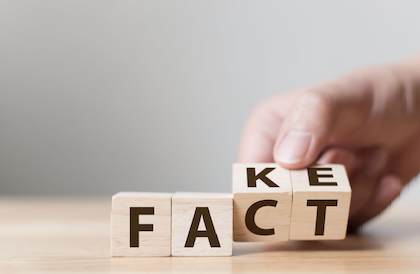 Some direct links for the "pre-bunk" vaccine:

The "Bad News" game, where you take the role of a disinformation producer -- go ahead and dive in! (~15 min.)

Bad News Junior, for 8-10 year olds (that's the American English version; there's also a British English version that has a head teacher instead of a principal)