The Skeptics' Guide To The Universe

"No skeptic, to my knowledge, ever made a major scientific discovery or advanced the welfare of others."

"The most exciting phrase to hear in science, the one that heralds the most discoveries, is not "Eureka!" (I found it!) but That's funny..." -Isaac Asimov

The scientific world view is full of awe and wonder. Understanding how truly awesome the universe is – in its elegant complexity, its staggering beauty, and the many intricate systems of which it is comprised – gives a profound feeling of connectedness and sparks the imagination. And it has the advantage of being real. -Steven Novella

The glory which is built upon a lie soon becomes a most unpleasant incumbrance. How easy it is to make people believe a lie, and how hard it is to undo that work again.
— Mark Twain

US Distrust of Facts

When Lying Sounds Like a certain kind of Honesty

Changed by the Attention Economy

You need to be a member of No Nonsense to add comments! Something strange resonates in those who believe religious fundamentalism, in my opinion. There is an air of distress, of foreboding, of intensity, fear, perhaps. What is it I experience about fundamentalists? What does research reveal? Perhaps William R. Holcomb, William S. Ivey found correlates for those who hold strong religious fundamentalist beliefs.
In Christians, it includes the belief that every word of the Bible is divinely inspired;

In Islamists, it includes the belief that one must obey the teachings of the Koran and Islamic law.

"One factor of religious fundamentalism, Scriptural Literalism, was found to be associated with high levels of depression and paranoia/hostility."

I got lost somewhere between "Need to Act Fast" and "Too much information!"

Now, I wonder how they really feel? 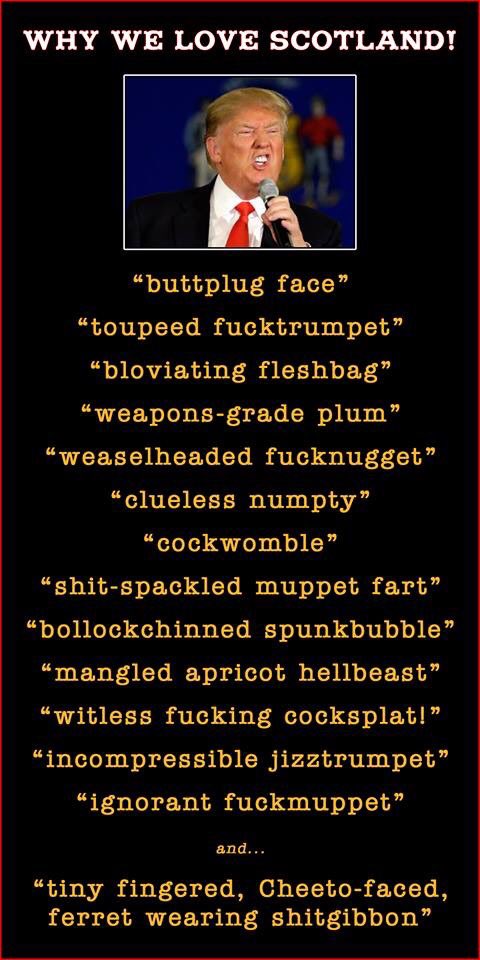 Searching the Codex for paradoxical intention, deceit for a constructive purpose, is a task I will leave to someone else.

A great overview of cognitive bias.

“What is the remedy?” Joan asks.

Thanks, Joan, for the concern you express and for the history.

I doubt the existence of a remedy, but if we can keep the Trump-dominated GOP out of public office there is what we might call “emergency room treatment” for the most egregious ills.

There is also what we might call “genetic engineering”, the slow and steady but hard-to-see growth of employee-owned companies.

There never has been and never will be a so-called Garden of Paradise. We optimistically-named Homo Sapiens are but the present occupants of a universe unlimited in time or space.

"Then, in the late 1950s, 1960s, and 1970s, the environmental movement began to crest. Nationally, some of the landmarks of the movement were

* the successful fight to prevent construction of the Echo Park Dam on the Green River, along the Utah-Colorado border,

*creation of the U.S. Environmental Protection Agency in 1969; *celebration of the first Earth Day in 1970.

In Washington state, some of the landmarks of the movement were the

*creation of Metro in Seattle and King County in

*the Columbia River Gorge National Scenic Area in 1986;  *cancellation of federal support, based in part on environmental concerns, for Boeing's Supersonic Transport project in 1971.

*A fascinating look at the debates over preservation vs. use of western lands and rivers, with a long section on North Cascades, is John McPhee, Encounters with the Archdruid (New York: Farrar, Straus, and Giroux, 1971). The "archdruid" is wilderness advocate David Brower.]

In Oregon, the movement crested with the election of Tom McCall as governor in 1967 and the

*campaign to prevent in-migration of Californians to the state during the 1970s.

McCall gave voice to the new way of looking at the Northwest in 1973 by suggesting that quantitative and qualitative measurements of "success" in the Northwest might, in some circumstances, be mutually exclusive: "Unlimited and unregulated growth leads inexorably to a lowered quality of life." Most Northwesterners were not yet prepared, of course, to renounce growth altogether, so they spoke instead about "regulating" or "managing" or "limiting" it.

*But as an ethos for regional society, growth was questioned more sharply than ever before." (emphasis mine)

Spokane's Expo '74; A World's Fair for the Environment

Spokane's Expo '74; A World's Fair for the Environment 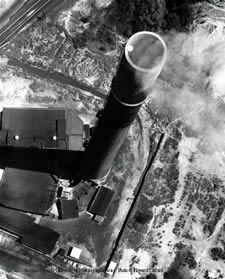 "Tacoma's ASARCO Smelter, while in operation, was a symbol of both economic growth and environmental pollution. (Special Collections, University of Washington. Photo by Howard Clifford.)

"at the same time that socialists and utopians had imagined a different kind of Pacific Northwest, a new measure of fulfillment began to emerge slowly in the region and around the country, one focused more on qualitative rather than quantitative criteria and one that paid greater attention than before to the environment."