Why do we rush to jeopardy with Climate Change

Richard Gayl and Dr. Gary Null try to explain why people move to the most dangerous cities, ignoring warnings from climate science.

It is almost obscene to imagine that four of the top ten cities witnessing the largest influx of migrants within the United States are also the most compromised by more immediate climate change and extreme weather conditions: Houston (No. 1), Miami (No. 2), Phoenix (No. 7) and Orlando (No. 10).

Unless the threats the Earth faces are understood and perceived as a threat to our personal well-being and that of our immediate families, loved ones and friends, the constructive, necessary change so direly needed will not unfold. Gayl and Null mention the example of respected leaders refusing to see the problem.

Those who need to change the most–elected officials and legislators, corporate CEOs and Chairmen, professional institutions ... refuse to see the problem. And this is clearly evident by the fact that the fossil fuel industry is expanding rather than receding.

The statistical and computational models to portend timelines for certain climate tipping points, although highly sophisticated, are unable to account for all variables and trends, particularly unforeseeable catastrophes...

Based upon satellite data feeds, the Greenland sheets, according to David Barber at the University of Manitoba, are now melting six hundred times faster than the current modeling trends suggest.

In 2016,... scientists identified ... a change in El Nino patterns that are now reaching the Antarctic. [emphasis mine]

Events that can't be predicted, such as wildfires, chemical plant explosions, oil fires, and how many extreme weather events will occur ...

... fall outside the realm of computerized simulations and cannot be accurately included in predictive climate models.  For this reason, scientific conclusions are often far more conservative than the actual state of the planet. 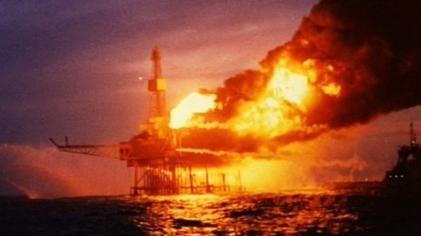 It seems as if our best hope is to help people grasp the way limits to climate models, rather than decreasing our confidence in them, should make us view them as underestimates of danger. It's like expecting uninsured parents to budget precisely how much medical expenses for themselves and their three kids will be a year in advance. Failing precise budgeting, nobody assumes the family can't get sick. Nobody demands god-like foreknowledge. Nobody publicly insults the parents for not knowing exactly in advance what doctors, hospitals, and dentists will cost over the next year. So we shouldn't discount climate scientists for not knowing the unknowable either.

David Barber says the Greenland ice sheet is losing mass about 600 percent faster than what we expected - than what current models project - at 10:09 in the video.

I agree that we must integrate natural cycles such as carbon and oxygen into our understanding of ourselves and civilization.

In re: "For environmental activists, nature is paramount and pristine, and can only be diminished by the encroachments of civilization; climate change, for them, is just another issue of preservation." I see this attitude at Deep Green Resistance, and consider it a kind of tunnel vision. There's an ideal of mimicking indigenous people's lifestyles, as if these had been totally in harmony with nature.

I don't see how we could sustainably manage the Earth and our population without advanced technology, just to grasp the problems and to communicate and coordinate our responses.

But "everything we make and do" isn't "natural" unless you expand the word so much it means nothing. Corporations, the internet, Twitter algorithms, fake news - how does it make sense to treat them as natural?

Michael Penn replied to Ruth Anthony-Gardner's discussion Dark Energy in Question in the group Atheists who love Science!
11 hours ago