TmsT, Two Guys and A Puzzle: … After 34 years, Bishop Benjamin Arreak and a team of Canadian Bible Society translators, including Bishop Andrew Atagotaaluk, have completed the project of a lifetime: translating the Old Testament to make a complete Bible in Inuktitut.

Well I for one applaud this.…

The naturalist understanding of morality asserts that we have evolved empathy as an impetus to cooperation. Combined with personal experience, empathy leads most of us to a "Golden Rule" sense of morality. From experience, I know what hurts me: with empathy, I know the same things likely hurt you too. Experience and empathy is all we need to decide most moral matters. "Do unto…

The Rise of Militant Catholicism

Hi all---new post is up.  Please leave your comments at my site so that we can include non-Atheist Nexus members in any discussions.  You can read my post here: The Rise of Militant Catholicism This week things get a little sentimental. Please bear with me while I get personal and tell one of my stories about my time with Kathleen Hanna. Also Kathleen tells her story about how she came up with the title "Smell's Like Teen Spirit."

Reflections on a Discussion between Dawkins and Krauss

Magic and Pretense: The New Age While listening to the Ask An Atheist (One Nation Indivisible) podcast, I heard that the Vatican is coming down hard on American nuns.

Freethinkers and Skeptics In Ancient Literature Part I: Thersites the Contrarian 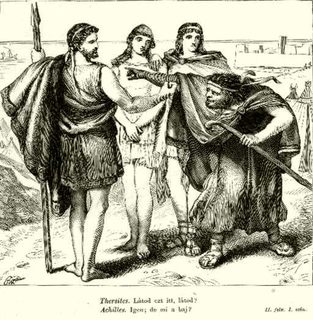 As an outlet for the repressed literature student in me, I'm starting up this new series that focuses on characters in ancient Western literature who show some sign of skepticism or freethinking. By extension I'll also show the quacks, charlatans or authorities they dare to annoy with their tiresome voices of dissent, critiques and prodding for explanations, proofs, or…

I listened to the Gay Marriage episode on Unbelievable episode 4/21/12 (http://www.premierradio.org.uk/shows/saturday/unbelievable.aspx) and I must say something about this Catholic anti-gay marriage advocate’s arguments. …

Action Alert! Please SIGN this petition in solidarity with the victims of the State Religion of Pakistan, namely, non-Muslims and non-believers. Let the United Nations recognize “The International Day Against State Religion”. -- …

New Post is up.  Please leave your comment at my site so that we can include non-Atheist Nexus Members in the discussion.

Thanks for your support, 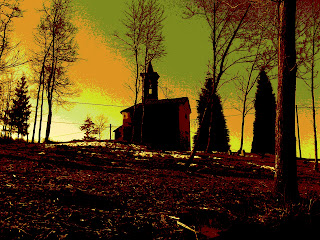 My deviantArt poems can be found at this link

This week is an extra-long treat, with the best bad calls to the Atheist Experience, which can be viewed or listened to at http://www.atheist-experience.com/ . I recommend listening on Ustream or Blip TV live. They've got quite a following on Youtube though, and one could watch clips from several years of shows for hours on end. And I've done…

Learned about way old school artist by the name Bosch... like 1500's.. all xtianed out! nutty! In 1488 he joined the highly respected Brotherhood of Our Lady, an arch-conservative (wow that sounds mega fascist nowdays!?) religious group of some 40 influential citizens of 's-Hertogenbosch, and…

A Manifesto of Misogyny

New post is up.  Please leave your comments at my site so that we can include any non-Atheist Nexus members in the discussion.  You can read my post here: A Manifesto of Misogyny