A difference between theism and atheism is each's idea of morality. To the theist, whether Jew, Christian, or Muslim, morality is linked to obedience to alleged divine commands. A theist conforms to God's commands whether they call for proselyting  or committing acts of murder and genocide. So the theist believes morality is linked to obeying God without question or deliberation.
The atheist, however, bases morality on doing what's right based on reasoning and…

TESLA ...motors that is. NY to LA for Free: Dramatic Expansion of Charger Network

Giorgio Moroder performed as DJ for the first time ever at Deep Space in NYC, May 21, 2013. He had never DJ'ed before. Moroder, composer of film scores and electro-pop, was first known to me as the guy who, in 1984, colorized and restored the film Metropolis, with music by Pat Benatar, Bonnie Tyler, Jon Anderson, Adam Ant, Cycle V, Loverboy, Billy Squier, and Freddie Mercury.

I've often thought about the connection between the rational skepticism scientists employ (as opposed to the universal and self-refuting brand of skepticism postmodernists employ) and atheism. Atheism does not necessarily imply an analytical mindset, there are atheists who believe in the supernatural or pseudoscience, but it would be true to say that atheism is a corollary of an analytical mindset combined with a driving need for evidence.
In short, rational skepticism as a premise implies… Continue

Yesterday evening, while waiting in the car for my stepdaughter as she did some shopping, I was listening to our local NPR station.  The show was: “Q, with Jian Ghomeshi,” and one of his guests was one John S. Dickerson, pastor of the Cornerstone Church in Tempe, AZ and author of the book, The Great Evangelical Recession.  It would appear as though some evangelicals have recognized that their numbers are dwindling and that their title “evangelical” has been besmirched by, among…

Who are the true "Islamophobes"?

To be "phobic" of something is normally taken to mean to be frightened of it. The Greek word phobos actually means fear or terror, so it would make sense to think that people who are "Islamophobic" are those who are frightened of Islam. However, in recent times, the term "islamophobic" has been used to describe those who publicly criticise Islam such as Richard Dawkins and other "new atheists" e.g. in a …

Popepropaganda: The Vatican as a Perfect Union of Church and State

Perhaps the most misunderstood, and still mysterious symbol in the lexicon of the 19th and some 20th century occultists is that the Baphomet of the French magician known as Eliphas Levi.  The androgynous goat enflamed with Luciferian light atop rather obvious sub-symbols of the Earth, hermaphroditic accoutrements, and a face with horns (the Devil being God to those you dislike).  The suggestion is Pan, reminding us of the amazingly petty and archly devious ways the Roman Church has dealt…

All Atheists Go to Heaven 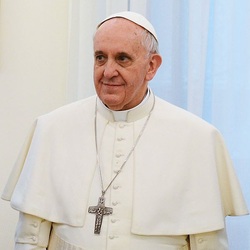 Cool with atheists, too

Recently anointed Pope Francis just shocked the religious world by announcing that atheists, like Catholics, can be admitted to Heaven.

This column salutes the Pope's decision, although I'm not going to be bashful about pointing out that I…
Continue

I don't know how many people has seen Tropes vs. Women in Video Games? If not, I will provide a link here: http://www.youtube.com/watch?v=X6p5AZp7r_Q .
Now, I really don't have a problem with her video....okay I have an issue where she got a lot of money on kickstarter and yet this episode is rather plain... it looks like the usual episode. I dunno, maybe she'll spend the project money on some of the later episodes and maybe…

So, I have this old YouTube account, that I mostly use to dick about with, and I had a few old videos. Well, I decided to clean it out, and start doing videos again. It's using the webcam on my laptop so it may not be very good, but hey....it's a start right?


http://youtu.be/jkkxxBXnxu4  This is my video.

The new pope says we atheists can also go to heaven as long we do good works. "Do good" he says and "we all will have a meeting point". If the rest of the Catholic Church follows up on this statement with actions that demonstrate sincerity, we may be in for a new era in relations between the Church and the community of freethinkers. This statement is a major departure from traditional teaching. All previous…

The pope says there's room in heaven even for us..and it's all done through works..you don't even have to believe in god anymore!

the incredibly recent evolutionary changes that cockroaches have made

Here's a very interesting read that talks about natural selection that has occurred in under 40 years. This is amazing support for evolution and how quickly a species can adapt for its very survival.

Memorial Day 2013: Not for MY Freedom

"To lead an uninstructed people to war is to throw them away."

“Youth is the first victim of war; the first fruit of peace.  It takes twenty years of peace or more to make a man; it takes only twenty seconds of war to destroy him.”

King Baudouin I of…

Are the media too giddy over the Pope?

With all the media attention the on the Pope, important stories are being missed, human rights violations, Monsanto protection act, Russia march to blasphemy laws, and of the big story this week did Harry Potter vanquish dementors?

Hey Everybunny! Join us again for another live Ardent Atheist at OUR NEW TIME 7:30pm PST!!

Watch and listen at: www.ArdentAtheist.com/live

Not believing in an afterlife does not mean i am a "sad' person.

I work in healthcare in a long term care facility and I deal with death on a regular basis. About a year ago the opportunity arose for me to take a palliative care course through my work.  I enjoyed it for the most part. It dealt with topics such as end of life care, pain relief and addressing the spiritual needs of different individuals based on their religious beliefs.

There was one instance however that was decidedly unpleasant, and unfortunately really overshadowed the rest of my…

So tired of religious apologists asking me to show evidence for the non-existence of their particular god. I've asked them how they would go about showing evidence for the non-existence of the dragon in Carl Sagan's garage or Russell's celestial teapot. They assert that the analogy is false, but don't explain how. They use words like 'logic' or 'inference' as if they were magic charms without fully understanding what these words mean. It's not unlike superstitious primitives from a cargo cult… Continue

Actually, the rednecks are here and everywhere. Let me say, I'm not a big fan of these people. That's putting it mildly. Need I describe them? You know who I mean.

This seems to be the time of year when they come out of the woodwork. Here in Indiana, as the weather gets nice, the motorcyclists are out in full force. I hate the noise cycles make. Then there's the Indianapolis 500 fans, the majority of which are rednecks. Interview them or a typical Pacer fan (big news as they face the…