When returning to class after my absence, I hadn’t expected to be speaking to my instructor in great detail about my grandfather’s death. He was very interested to know not only how I was handling the loss, but how the funeral ceremony was held. My explanation was stumbled, as is always the case when faced with unexpected questions, but not as stumbled as when he asked me a particularly daunting question:

Santa's not real, kids. Pray to God for your gifts!

We're a bit far from Christmas time, but somehow the Halloween thread reminded me of this.

Every Christmas, my family gathers at my grandmother's house to eat dinner and give gifts. Some of my cousins are a bit...umm...out there, you could say. One of them made a visit with her children, which was a little surprising, since I usually don't see her on Christmas (or any other time, for that matter). My dad has a way with kids, so of course he talked to my cousin's kids and…

"don't... the almighty (meaning FL's redness -which is bunk-) try the alternative" is what was said on NPR today.. here's how they phrase it on rightwing blogs:
http://weaselzippers.us/2011/09/29/biden-2012-election-will-be-a-referendum-on-obama/

Dating when you're over 40, divorced, atheist, angry at religion, with baggage

I'm looking for some input here.

As you can tell from previous posts, over the last year I've been divorcing my increasingly fundamentalist wife who was homeschooling my two children and unintentionally sabotaging their chances at a normal childhood/adulthood. I've been married for 17+ years, since my (very) early 20s. It wasn't a great marriage. It was ok. At first. Theologically neither of us were very passionate in the beginning. As I think on my past more I realize I…

Are we losing Atheists to Christianity?

I was looking at the list of members in my SETI@Home group I belong to and seen that an inactive member changed his/her name to Goodbye SETI, I've found Jesus Christ!.

There are no restrictions to joining SETI@Home or our group, so it could be a plant. An…

For those of you who's been reading these posts/promos for ShockNet Radio's American Heathen (thanks bunches, BTW!!!), you know the show has been on hiatus since mid-August; this season's finale of the show aired Aug. 19.

For those unfamiliar with American Heathen, it's a weekly three-hour Internet radio show on the Internet radio service ShockNet Radio and is co-hosted by RJ Evans, David 2 and 2BuckChuck. The show comments on, satirizes, pokes fun at and analyzes current…

Can never get enough supernatural fairytales to explain things like "electricity"! Even though Sly and the Family Stone or Dennis Edwards…

I'm not a great one for getting into discussions on YouTube, as the level of flaming and general BS are not what I would call conducive to intelligent discussion.  However, I found myself moved to respond to the following piece:

And here is the conversation that ensued, such as it is:

For my nerd homies. 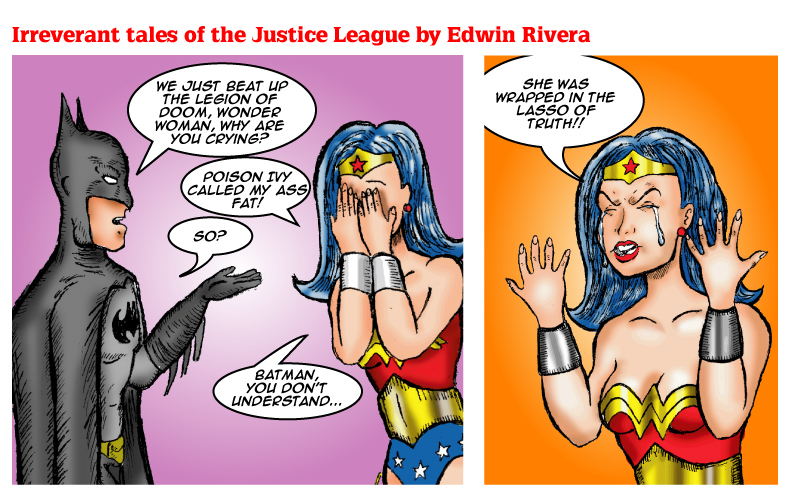 For my upcoming atheist pilgrimage I've been thinking more and more about walking the camino instead of biking it. I don't have a singular reason for this, but it just seems more in the spirit of a pilgrimage if it is by foot. I think that walking the road will give me a greater relationship with the elements around me as opposed to the contraption I would be riding.

Of course changing my mode also requires other considerations. I was looking at doing the Arles route in southern…

The Ledge... Just saw it; still digesting... To me it seems like a movie about atheists made for religious folk.  The angry atheist who is mad at god not realizing that you have to think something exists to be angry with it... Never the less it did get some things right. So many times I have looked at the stars; as a little girl who wondered why they were not closer to us to a grown woman donating money to SETI and still starring up at the night sky.  I will watch it again; I had to watch it… Continue

so since i am new here and not as familiar with it all as some...apathiest, athiest etc...lots of diferent terms..what is the difference????? sorry to sound bit lost till i get used to these terms ..ya knwo you dont know unless you ask..

So I just pre-ordered Darker than Black: Ryuusei no Gemini. I +++LOVE+++ this series to no end. And Hei. Yeah, especially Hei.

So in honor of that, the weekly(ish) anime recommendation goes to Darker than Black!

The stars above the Tokyo sky are no longer real. With the disappearance of the sky and the appearance of Hell's Gate, a new breed of human has arrived: Contractors. Empowered with supernatural abilities they are employed by organizations and governments to wage a…

A skeptical review of Forks Over Knives

Forks Over Knives presents the audience with the argument that a whole-foods, plant-based diet with no meat or animal products or refined foods is the way to a long, healthy, cancer-resistant, and heart-disease-free life. Forks Over Knives plays like a 1950s governmental instructional video, makes basic reasoning mistakes, and discredits itself by touting examples that no skeptical audience can take seriously.

LET'S LEAD BEFORE ITS TOO LATE

We have a world of followers and very few leaders.  Most of the leaders we have, or we have elected into office, are not true leaders, but trained executives or religious fanatics that live on the vision, labeling, and vested interested in non-decision making.  America started off as an enlightened nation, with a separation of church and state.  George Washington and the founders of this country would be turning over in their graves if they realized that we are now a Christian nation, and that… Continue

What I Feel About Religion

As a child, both my religion and my family supplied comfort and safety.  Only later did I find out that in place of that comfort and safety was freedom.  Everything was predetermined: what I hated, what school I went to, what friends I had.  Finally escaping from home, I've learned that people are what makes up this world and that religion fosters prejudice and preconceived notions that left me feeling very lonely as I tried to assimilate into a multicultural society.  I'm a firm believer…

How can Rick Perry give $22,000 to an illegal immigrant to go to college when a large number of our own citizens can't pay to go. Not to mention, we have thousands of veterans coming back from war who need healthcare, jobs, etc..... why not put our government money into them?? Remember, they CHOSE to fight for our country, this isn't a draft... don't you see a red flag giving our money to illegal immigrants before our own people?

Of Extinct Fauna and ESL

I enjoy teaching English to my classes, here in Japan. I've been working on getting a project ready for one year of students which I hope they'll enjoy and learn from.

They're reading a story about the Kakapo, a flightless parrot-like bird in New Zealand. The Kakapo is an endangered species that people are working hard to save. After reading the passage, I thought it'd be a great idea to reenforce their new vocabulary, by taking a look at some extinct animals from the Quaternary… Continue

Shutting Down the White House Office of Faith Based Initiatives

I started a petition to close the Office of Faith Based Initiatives and would really appreciate any and all signers:

The body of the petition reads:

Federal intrusion into religious institutions has crossed the line too many
times. The First Amendment to the Constititution clearly states "Congress shall
make no law respecting the establishment of Religion". The Bush Administration…