Bill Hamby recently put up my essay "There Are No Monotheistic Relgions" as a guest blog.
This is a look at how religionists try and set the agenda and how
non-religionists can redefine the playing field. Take a look at this
link.

On this night, Jack and his adult children pals dress up (Benny as a red devil) and go on a Perchtenwalk to scare their rich neighbors. Basil Rathbone, famous as Sherlock Holmes, is his target.

Quite a rabble rouser of a movie: Agora that is. Enjoyed
a very full afternoon and evening with the Birmingham, England
Humanists. The Q&A period after was great. About 20 of us retired
to the Pub after to continue the conversation. There was good
representation from the Univ. of Birmingham student humanists as well.
We then went to a great Indian restaurant for m...ore fun, wine and conversation. I doesn't get much better than this. Speaking in Nov. to the University of Kansas, Colorado State U. and North Texas… Continue

This is as wacky as Sarah Failin's 'anti-witchcraft blessing.
http://blogs.alternet.org/speakeasy/2010/10/30/we-put-our-foot-on-hawaii-we-will-rule-video-shows-gop-candidates-at-christian-supremacist-event/ 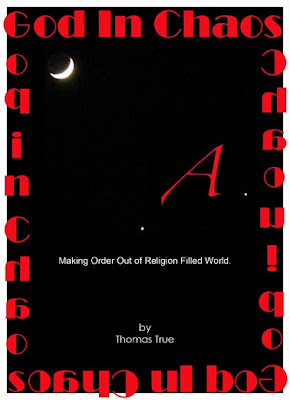 I must add here the crimes of Muslim men that are being committed against innocent women just because the men think everyone should think the way they do. Though Muslim men make up a small part of most communities in Europe they make up a large part of the men convicted of rape and sexual assault. The men do not feel guilt since they blame the non-Muslim for not…
Continue

I've been so frustrated with my family lately so I thought I would get some of my frustration out with a little therapeutic writing exercise. This is the letter I wish I could send to all my family members, as a sort of coming out, but I cannot for fear of rejection. Also I'm a pretty big wuss.

In the past it may have appeared to you that when the topic of religion comes up I promptly find the nearest exit. Its not that I feel uncomfortable with the topic, I just don't… Continue

You Can't Do This Here

I am a Federal Employee. Fair enough that this site should be blocked, as we should only be doing work things, but are others? Let's make sure. I can keep my Atheism at home, as long as the Theists do, and they don't do a great job here. I see religious jewelry all the time. Block everyone, or I will dare to wear a scarlet A and see what happens.

Shout out to Stupid-Clint McCance 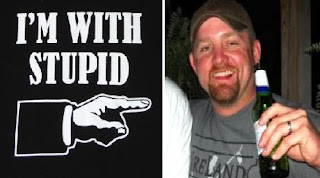 I was just reminded of Robert Heinlein and his stories about a theocratic dictatorship in a future U.S., which got me to thinking about all those other writers from the so-called "golden age" of science fiction. Then I noticed a discussion elsewhere regarding the discovery of exo-planets. Then somehow Isaac Asimov's wonderful short story "The Last Question" came to mind. Considering it was written in 1956, one can forgive the portrayal of Multivac and the rather erroneous conjecture about the… Continue


Is the death penalty fair? Is it humane? Does it deter crime? Regardless of religion, political affiliation, gender,…

We are, all of us, unimaginably small. Our entire planet, everything that we are as a species, all of the plants and animals that make up our world, our entire biosphere is infinitesimally small. While our world and our civilization and our individual societies and their attendant squabbles are profoundly important to us, their importance is purely relative - in any sort of cosmic scale, they dwindle into utter insignificance.

Religion has truly surpassed the power of every invention that has followed it. As the
Bronze Age, Iron age, middle ages, the age of enlightenment and the
Modern ages have come and gone and gone, religion has been the enemy of
progress every step of the way. To the faithful, things like the Hubble
Space Telescope, nuclear weapons, and climate change are nothing
compared to the power of a faith that believes in a god. If anything man can… Continue

I was doing some reading and came across George “Goofy” Bush’s statement that, “God wanted me to be President….”


And all this time I thought it was a frivolous lawsuit filed with the U.S. Supreme Court.

Tonight I, along with my wife and two daughters, decided it was time to carve the pumpkins for halloween. This year I wanted to try something different that the usual jack-o-lantern, so I carved a scarlet letter design. It was really quite simple although time consuming. I do plan to post a couple pics in the near future. If anyone wants to try this for themselves, just follow these steps.

1) Cut off the top of the pumpkin and hollow out the insides. Save the top so you can put it…

How to Stay Healthy?

We all need to stay healthy to continue living so what should we do? Our basic knowlege of health is to eat properly, exercize regularly, and What? Well the what is our minds, mental health. We need to keep healthy minds. I bet your thinking sex, right? Well that is part of our minds but it is not all of it. How do we pay for it? The financial part of taking care of our body and mind is another part of it. So, as a civilized nation what do we do for ourselves and what do we do for our nation?… Continue

Many Theists cleave to an incredibly deranged and dystopian fantasy about Atheists. They seem to not only believe that we intend to prevent them from worshipping and impose some manner of Scientism on them, but that we will then discard all morality, destroy all civil and societal institutions and then drag us all down into a Hobbesian war of all against all.

When paleontologists, archaeologists, anthropologist and other professionals who research the history of Earth through geology, fossils, and ancient
sites of man and animals, a picture begins to develop. Like all
primates, humans are very social and territorial animals. Similar
characteristics are common to the varieties of primate species. But when
the dawn of man came, modern man arrived on the planet pretty…

Without God, there's no one to call upon. Without family or friends, I'm out here on my own. There's no comfort or relief in knowing someone's here for me even though I may feel alone. The truth is that I AM alone. Sometimes I think that my imaginary friend was very necessary to my sanity. Sure, it's easy for those with strong support groups to denounce God without much emotional turbulence. But it still feels lonely sometimes when that's all I ever had. Logic would no longer allow me to… Continue

Had an awesome time speaking to CFI London Saturday. Totally tired from jet lag but still managed to down two pints of Guinness after and talk
for a couple hours in the pub with Stephen Law, Richard Green and many
of the CFI and Atheist UK people. Didn't get an official count but about 70 people for a noon talk on Saturday. Very lively Q&A afterwards.…