I enjoy reading poetry from time to time. I like the imagery and rhythm but have never had the aptitude to explicate one with any skill (this was made clear to me in high school literature class).

But there is one kind of poem, although childish, which seems obtainable to even me: The acrostic poem.

Here is one I wrote today:

Often pondered, only once questioned

Dichotomy, Atheism And The Transition Point

Dichotomy, Atheism And The Transition Point

The following analogy is independent from the subjective human preference for light over darkness.

Day and night, light and darkness are dichotomies.
Faith or…
Continue

I Can Refute That I've been thinking about the dozens and dozens of ala carte Christians out there.  It's really a free-for-all these days with the believers.  When I was a kid, man, people staying in the lines!

In a way, I'm proud of "them" for being able to put the kibosh on some beliefs that are particularly irksome.  Various positions on "THE AFTERLIFE", for instance.  Instead of feeling the need to fall in line in the pew,… Continue Sometimes Reality Is Spookier Than Halloween

Is This As Weird As It Can Get?

I am an atheist and I am already well aware, that once people are driven by a delusion like the one of the existence of a deity, there is nothing crazy, that is beyond their scope of possible behavior.

But what I just stumbled upon is remarkable:
In 897, a trial was held over a pope's corpse exterred eight months after his death.
…
Continue Clips compiled by Everything is Terrible

It was a great evening, and especially exciting to get him to sign my books.

Earlier today (10/29/2011) the 5,000 signature mark was reached on the petition to End the Military’s Discrimination against Non-Religious Service Members.

Many thanks to all who signed, tweeted, and reached out on Facebook.

Even the Whitehouse has a petition for the fundamentalist negativity(s)... 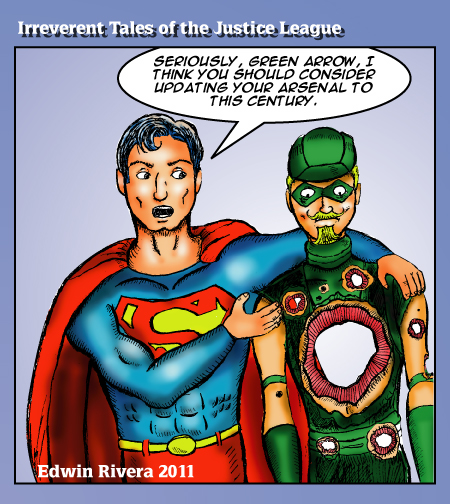 Without the fundamentalists and their "values" issues, many in the lower 99 percent could not have been convinced to vote against their (our) economic self-interest; in other words, vote for Republicans who only serve billionaires.

Fundamentalist religion -- evangelical and Roman Catholic alike -- has delegitimized the US government and thus undercut its ability to tax, spend and regulate.…

Echo the Call for Online Government

The Pirate Party in Germany brought it up, and the idea has spread to a few American politicians as well - that government might be better as an online service than as a representative body. Parts of it, at least. Certainly we would still need an executive branch as a host of enforcers, but what of the legislative and judicial branch? Judgement of the law already relies on the input of a jury, everyday Joes and Janes like you and me, and legislation is expedited (theoretically) by a group…

Halloween and kids. Is it wicked or what?

How do you guys handle your kids and halloween and all saints?

I really hate halloween and think it a way to normalize the wicked ideas of spirits, souls, ghosts and all that in the minds of children

It is sugar coating the concept of a soul that can be condemned and go to hell.

As I see it Halloween plays this role in normalizing the idea of hell and spirits et al in the mind of small children. "There is something to be scared of, but don't be afraid, cos jesus saves…

Does the Bible contain false information?

Of course not, don't be rude.  There are only mistranslations, metaphors, misinterpretations, and contextual errors.  Silly atheists!

Its friday and I AM NOT IN LOVE

So today in the discussion forum in class, the topic of nature vs nurture came up(I'm a psych major so this was going to happen ANYWAY). Well one of the students, I'll name him Mark Christian, ranted on and on about choice, and then said this gem:

"In the continuum I lean more toward Environmental explanations for our behavior. The choice to pursue a change in gender for example, rests on a decision by us to do that, and may come from overly being associated with a female All…

When Something Ails You...

When anything ails you, go visit either the democratic or republican spin-doctors.  The news this morning on all channels are continuously optimistic about our economy turning around magically.  Greece has its debt issues handled where one of the few things not affected by this glorious turnaround is our employment rate.  This hovers just under 10%, yet all the majority networks are talking about the recovery that’s just around the corner.  Isn’t it amazing that the recovery around the…

If you've known me, I was never a big fan of Barack Obama from the early days of his battles with Hillary. In fact, I was going to vote for John McCain but I resorted to supporting Obama as McCain went senile and chose Sarah Palin for his V.P. (he should have chosen Lieberman); and I know he let Iranians down in 2009 as he was idealistic and naive in his first year of office; but I feel that he has…

I look forward to hearing your thoughts on our next President.  Does America always need a  "WOW Factor" during an election now?  The WOW in Obama was that he was the 1st black president... BIG DEAL.... so what's the WOW this year, the first Jew or the first Mormon?  If race was the biggest challenger in 2008, will religion be the biggest "WOW" in 2012?

"So many centuries, so many times
We were the prisoners of our own fantasy
But then we had nothing to lead our life
No, no, we can't live without Gods."

From Blind Guardian's song "Valhalla." It's a pretty true quote by itself! Some people really can't (or don't realize they can't) live without some kind of god because they feel like they would be lost without it. Either that or they'd prefer not to entertain such a possibility!

A while ago I defined the most fundamental difference between humans and animals as the conscious ability to choose between either breeding or not breeding as an individual preference.    This is of course also the case with the choice to override other instincts.

Animals are robots, whose behavior is driven primarily by recurrent instinctive urges to restore…
Continue