HOWEVER... their strong moral convictions did not keep them from cheating on today's test.

At this juncture, the incident struck me more as predictable than ironic!

Things to be thankful for. One cool thing that made this a really cool year was my trip to the Texas Freethought convention in Dallas. Just a short five hour drive for us in Oklahoma. Good food and great entertainment.
I encourage all freethinkers to try and attend a meeting that is close to them. It does not matter if the its a…
Continue

Passion, zeal, and my history.

Welcome to your Atheist Christmas Podcast for the Year of Our Overlords, 2010. This year, I'm looking back at Christmas past. "Your past" you ask? No, long past. Looooong past. Go back, back, back before that cloudy April when some guy who may have been named Jesus but decidedly didn't perform any miracles and wasn't born of a virgin and may or may not have been a prophet or a rabbi, and may or may not… Continue

"Spontaneous Evolution" Maybe one day, but still just not real. More not science.

I was writing and playing with picasa web albums some, and came across the site for Dr. Bruce Lipton's latest book, Spontaneous Evolution. I also wrote these words on this cat picture. You can do unicorn stickers and stuff too.

Something is certainy ridiculous. Read on:… 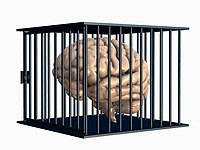 Draw a map of the…
Continue

Can you talk for a bit about some of the lyrical themes on the album?

It’s a slew of topics. “Live And Live Again” is sort of my thoughts on evolution. It’s just shocking to me that people have such a hard time swallowing that theory…

Hi all, This is my first post, but be aware that I am in the middle of a marketing frenzy, trying to promote my new book... SO!!
With that in mind, please allow me to submit my latest press release to you, so you can find out a bit more about me, my book, and just what all the fuss is about. I will be sure to come back soon and contribute without $$ dancing around in my head..
all the best..
Ray....
....and…
Continue

--It is worth noting that this is the second draft of a research paper I am writing, and not all of the information has been properly cited yet.…

I wanted to take a moment before everyone gets involved in their personal, real life.Thanksgiving Day endeavors to say I'm just plain ol' thankful; for nothing in particular but everything and everyone everywhere... and because I woke up again this morning, to appreciate all of this.

We all have a lot to be thankful for and so much that we take for granted. Our biggest worries might be hoping there will be enough chairs to… Continue

A thought on The Genius of C. Darwin presented by Richard Dawkins

I was watching The Genius of Charles Darwin presented by Richard Dawkins and in it he interviews various people who, for one reason or another, refuse to accept the theory of evolution. During one interview, a devout Christian man, said that he did not believe in evolution because he cannot see it. Richard Dawkins argues that just because you can not see gravity, does not mean that you will not fall if you jump from a window. I was dumbfounded by the back and forth between them because… Continue

A high school teacher from 6 years ago emailed me recently asking to answer some questions. He is attending seminary school and I was one of the 12 he chose to interview for his paper. This is what I wrote.


1. What is your opinion on who is Jesus?

Perhaps the strongest evidence to support that a historical Jesus did, in fact, exist is his legacy. The Bible tells us he began preaching at age… Continue

If it is not possible to hold one's breath until one expires, then the "will" to live is not willful at all, but is a bodily reaction (at least in that isolated case). Furthermore, the emotions and thoughts accompanying such a reaction cannot be called willful either. A person will innevitably feel that they want to live, and will have thoughts about trying to stay alive, once their body has begun to struggle for air.

So, this is an example of a motive to stay alive, and…

I was once called a "sucker" by a very rich fellow for giving a dollar to a homeless man.


I replied “the day I summarily judge a man as worthless for being poor, I will have…

I have 2 sides of family......I have nothing to do with my father's side ever and my mother's side hate me as much as I hate them.

I usually do the holiday gathering to be with my mother but she is going elsewhere alone this year so my husband will want a big dinner and we have no kids just the 2 of us so I really don't want to make a huge freakin meal for 2 people but neither of us wants to eat out on thanksgiving..............but this…

There are many things of which a wise man might wish to be ignorant. There is truth in the old saw about ignorance being bliss. Yet, one cannot unring a bell. Once the silence has been shattered by the clanging, the echos resound forever...or until Alzheimer's. Prepare for a cacophony.

There are many things for which I'm thankful, and I have no problem saying so...even directly to the people to whom and for whom I am thankful. But this alleged holiday, like all the others, really pisses me…

You and your husband stick together and cover each others back.