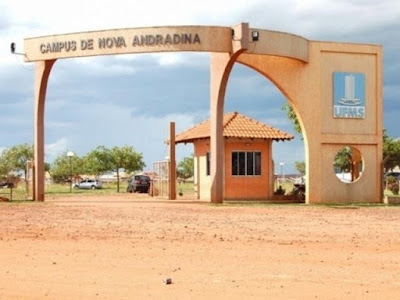 9000 BC
Gobekli Tepe terrazzo floors (enclosure B layer III) and rectangular buildings of layer II. Mesolithic to Neolithic type of concrete in Anatolia (western Asia), constructed of burnt lime and clay, with aggregate.
6500 BC
Nabataean geopolymer type of Stone age…

The Longest Pit Stop Ever
by…

I felt like an eagle floating above the earth

I remember the moment of my epiphany, the moment I became an atheist. I was 20 years old. I had read the oscillating universe by George Gamow & the origin of species by Charles Darwin.

Then, suddenly, I realized we homo-sapiens are just a kind of animal like other animals on this spinning rock we call Earth. Whatever purpose we feel we have is one we devise for ourselves; it’s not handed to us from on high. We are on our own; there is no deity holding a net under our feet as…

Ark of the Covenant's favourite Song (no joke!)

Ark of the Covenant's favourite Song (no joke!)
(jpd,sr,jrd,sr)

"Tell those FUCKS they Got two (2) Days!" the Devil Satan

No! I don’t matter! The point isn’t to depress you or me. I am not that important.  The central issue is, I don’t matter. It is a delusion to think that I matter, that I am powerful or weak. Denial holds me in delusions.

What does matter? The planet, soils, water, air, & life matters.

My God - The majority of religions talk in terms of My God. My God is ownership of God. My God invariably becomes a collective Our God, truth, and dogma. Our God dogma makes us right and you wrong. Or, us being saved and you being damned. Harris proposed, "the central tenant of every religious tradition is that all others are mere repositories of error or, at least, dangerously incomplete. Intolerance is thus intrinsic to every creed." (2004) Dogma makes our religion having an exclusive…

PROBABLY THE MOST COMMON PURPOSE OF PRAYER IS:
-- to ask God to do things – fulfill requests, grant favours, and generally use his supernatural powers to act on behalf of the petitioner. Internet prayer request pages overflow with theists asking others to pray for them so that they may be healed of sickness and injuries or delivered from financial troubles

However, as an application of simple logic shows, any prayer that asks God for anything is pointless. Is…

What do you think of the Doctrine of Infallibility? For me, this doctrine correlates with inerrancy. For religions, infallibility includes saying my/our religion can't err because I/we have the Truth. Infallibility is about being right absolutely and without exception. Infallibility proclaims the inerrancy of the Bible. In 1870, the Roman Catholic Church formally announced the doctrine of papal infallibility on matters of faith and doctrine. However, all religions have some doctrinal forms…

Everyone Is a Skeptic

What do you think of the concept of Fideism? For me, fideists are those religious addicts who have beliefs not based on reason or logic. For me, fideism puts reasoning to sleep. It really amounts to an abdication of the working brain’s critical thinking skills of analysis and synthesis. Fideism is concrete reactive thinking and a mechanical interaction with life. Schopenhauer said, “faith and knowledge are related as the scales of a balance; when one goes up, the other goes down.” (19th…