I’m at that point with the Middle East where honestly, I feel the ISIS issue is, well, their issue.

I also get the impression from the Arab League that they are just going to sit on their bottoms, sip tea and wait for the west, or NATO or the US to handle the situation.  But this seems the norm over there.

As one person pointed out they (the Arabs) don’t or won’t attack another because they want to be “friend” and not upset anyone.

Well maybe it is time…

So my girlfriend is studying to become a lay minister within her Church. I even helped her pay for a class.  She knows I’m an atheist and is fine with that. And I’m fine with the fact she is a Christian.

Well, during the class someone mentioned, yes..you know how…ATHESISTS….

Ya know what the instructor told the class.

Atheists tend to have and behave more “Christian” then the Christians.

That took a lot of people aback.

One day I realized just why religious people, or that fraction of “Believers” hate atheists, is that they are literally scared of us.

They are simply afraid that their beliefs will be shown to be false.

And with that, the made up afterlife will not be there for them.

There is no great beyond.

There isn’t a “higher order” or that they are the “Chosen” of the all mighty.

Their lives are, at least in their eyes, limited, or…

I've not been on Facebook for some time as an atheist.  I've used several user names and at a certain point I get kicked off.

Now originally I was kicked off because of complaints field against me by "religious" nut jobs.

Now these nut jobs seem to have nothing else better to do then hunt down people who declare themselves as non-believers in some invisible guy in the sky.

I went on as an atheist, but was not looking for trouble just trying to hook up with others like…

From the Founding Father's of the USA

“Religions are all alike – founded upon fables and mythologies.” – Thomas Jefferson

“In no instance have . . . the churches been guardians of the liberties of the people.” – James Madison
“Lighthouses are more helpful than churches.” – Benjamin Franklin
“I beg you be persuaded that no one would be more zealous than myself to establish effectual barriers against the horrors of spiritual tyranny, and every species of religious persecution.” – George…
Continue

Looking at the History Channel program on the Bible I'm bothered by a simple issue.

What is the attraction of the place?

Honestly, if you take a step back and look at it, the place is, well, a dump.

I wouldn't want to live there.

And to be honest, don't think I'd ever want to visit it.

Maybe it is just me, but has anyone ever sat these people who live there down and point this out to…

They must have something against atheists.

And this time, I had well over a thousand followers...

That alone should tell you something.

But honestly, maybe it is a good thing.

Seems there are those on FB who just like to hunt atheists....

But if you fight back, YOU ARE THE BAD PESON!

Now, these people don't have to come to my page..but they do.

So I think it is time I just walk away from…

The Religious Bat SH*T CRAZIES in the Republican Party are at it AGAIN!

On August 1, 2012, women in the United States of America had and were granted more access to birth control. This is all part of the new health care plan for those in America.

There were those in the Republican Party who equated this to Dec. 7th 1941 when Pearl Harbor was attacked.

They also equated this to the attacks on September 11, 2001.

They equated this to an attack on religious freedom in America.

Back in 1984 I was a Republican. I voted and attended the…

I'm Runing for the Office of the President. Do you like My Hair?

I was reading online the other day what Republican Party presidential candidate hopeful Rick Perry would like to do.  Reading it I was surprised that the man would even consider doing such things.  But then again, this shows you just how far the so called “Republican Party” has gone to the right.

Now I grew up in Houston in the only congressional district in Texas, if not the country that carried Berry Goldwater in the 1964 Presidential campaign.  In fact, I…

SO NOW THE RELIGIOUS RIGHT REPUBLICANS WANT TO BAN ISLAM! AIN'T THAT "AMERICAN!"

Herman Cain: Americans Have The Right To Ban Mosques In Their Communities

This is the United States of American...

some gifs and such 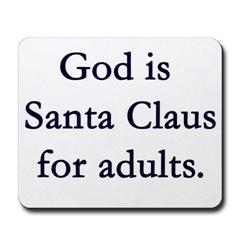 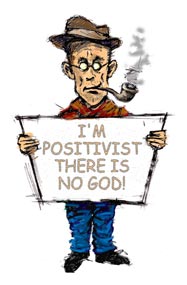 Last night I expected all the “rapture”  yahoo’s to be gone.  All I expected to find was a bunch

of clothes, empty house, apartments, mobile homes and the like.  Cars just left on the street with the keys in them.

I had planned to go out looting. I was gonna clean up with the cash they left…

My Father's Funeral, an Atheist's Funeral.

A few weeks ago my father passed away. Like me he was an Atheist. Like me he had been one since he was a young man. I was six when I “became” one, or rather realized, like with Santa, the Easter Bunny,
ghosts and all, it was all made up.

So in keeping with my father’s wishes we had a non-religious funeral.  I gave the eulogy. I spoke about his life.  What he had…

I was doing some reading and came across George “Goofy” Bush’s statement that, “God wanted me to be President….”


And all this time I thought it was a frivolous lawsuit filed with the U.S. Supreme Court.

One for the Money...Two for the Show

I haven’t posted in a while. To be honest with you, I’ve really found nothing that has made me want to “post.” But in the last couple of days, the election of a Senator in Kentucky, where Rand Paul is running has caused me to want to post.…

RELIGION IS LIKE A PENIS.
It’s fine to have one.

It’s fine to be proud of it.

But please don’t whip it out in public and start waving it around.…

I think we all know the story of Jesus being born in a manger.And I think we all now that “Jesus” was the “Son of God.”Now Jesus’ mother was Mary.His human “father” was Joseph.… Continue

Function: noun Etymology: Middle English, from Late Latin paganus,
from Latin, civilian, country dweller, from pagus country district; akin
to Latin pangere
to fix — more at pactDate: 14th centur
1 : heathen 1; especially : a follower of a polytheistic religion (as in ancient Rome)
2 : one who has little or no religion and who delights in sensual pleasures and
material goods : an irreligious or hedonistic… Continue