Youtube - Rick Sanchez on Fox News' full-page ad claiming other media did not cover the 9/12 protests in Washington, DC.

CNN’s Rick Sanchez became livid on his program Friday about a color ad that FOX News had placed in the September 17, 2009 edition of The Washington Post.

The ad contained a photo, which he said is suspiciously similar to a tower shot used by CNN of the Tea Party March on Washington D.C. The offending ad accused all of the major networks by name, including CNN, of intentionally not covering the event, and implying that only FOX covers “all” the news and no one else does. The event was referred to as a right-wing tea party and was heavily promoted and covered at FOX News.

Sanchez said FOX was “…using a lie to try and divide people into camps. And, you know, Americans are starting to get tired of this.”

Sanchez went on to use several methods to prove just how well the event was covered by CNN, showing a clip of the FOX News Bill O’Reilly program The O’Reilly Factor in which O'Reilly says on camera, “…CNN, as we mentioned, covered the anti-Obama protests, of course…”

Comment by Chris on October 1, 2009 at 5:41am
Thanks for the "Outfoxed" recommendation. I'll begin watching it after this post.

Colin Powell’s son, Michael Powel. used to be the chairman of the Federal Communications Commission. He did wonderful things for Comcast and Murdock with his deregulation. I thought I didn't like Colin after he went before the UN with his yellow cake uranium claim in argument for starting the war in Iraq, something he should have known was false, but after seeing his son dismantle the diversity in TV and radio ownership, I now think he is a worse actor in the political stage than his father was.
http://www.washingtonpost.com/wp-dyn/articles/A26085-2005Jan21.html

Prior to that with H.W. Bush and following with G.W. Bush the Public Broadcasting System (PBS) and National Public Radio (NPR) lost a lot of federal support. Now only %15 is from federal dollars. I think it has biased the news and documentaries because so much comes from corporate sponsors now.

Indeed we have over 500 channels of crap.
In my opinion I’d just as soon have a few public broadcasting TV stations, and National Public Radio Stations, where there is intelligent and insightful news, documentaries, history, and art programs.

#7 and 4 are interesting.
PBS is liberal and only for rich snobs. Aren’t rich people typically Republican? That doesn’t make sense.

#1 is of real importance as I find that PBS, and NPR are about the only US news outlets who have persistent gumption to on goingly criticize the policies of the US government and corporations.

The first Youtube video is from Outfoxed, which is a terrific documentary about Fox News.

The Corporation is also quite good.

Comment by Chris on September 28, 2009 at 7:51am
Here's a good one about FAIR AND BALANCED.
Bovine Growth Hormone
http://www.youtube.com/watch?v=VQJ7M7BY4xk

The first time I watched the O' Really show he referenced things that I knew were incorrect. After that five minutes I turned it off and haven't watched it again.

If you take the time to watch the video in the referenced URL you will see that it's really scary. The Supremes said that the news doesn't have to be accurate, or even true. Falsifying news is OK to do.

U.S. news is nothing other than entertainment. Don't expect anything more.

Here is the URL for the first link to a 23 part show about THE CORPORATION.
http://www.youtube.com/watch?v=Pin8fbdGV9Y&feature=related 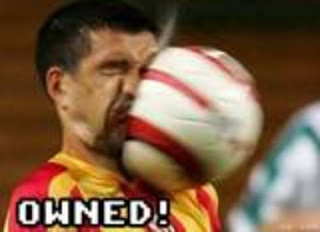