Neuroscience is the only Science that may Destroy Religion?

Using dynamic brain imaging techniques, Neurologists can now map thoughts and many of the functions of the brain.

Though many of the functions of brain structures are already well known from the works of Sapolsky, Ramachandran and others on those who have had lesions, injuries and deformities of the brain, which leads to clues of brain function.

Though firstly we start building maps of the most important people in our lives like our Mother.

We build what some refer to as a You-Map, of our mother from birth, which contains her facial expressions and links to the meanings we perceive of each one, what actions bring her attention to us, what actions make her unhappy.  Yes, we construct a basic survival map of our mother and parents subconsciously in our infant brain.  And rely on our basic mammalian brain functions for our own functions like hunger, pain and comfort needs.

Later on as toddlers we start analyzing and constructing our own consciousness maps or Me-Maps.

and we also construct maps that signify our relationships with both parents and our siblings, or You-Maps for everyone we associate with as well as We-Maps that outline our overall group cohesion and synchronicity.

Here is where religious Indoctrination enters the mix.

Since we not only construct You-Maps for those we transact with, but, we also construct You-Maps for people and characters we learn about.  Such as in reading Superman comics, we construct consciousness maps for Superman and the other characters.  Thus we can automatically sense that we have a relationship with Superman, because we have this consciousness map in our Prefrontal Cortex, which makes us think or conceive we know how Superman thinks about almost anything.

These consciousness maps are a construct, formed from comments and rules uttered by or attributed to Superman and scenarios enacted within the comic.

In reference to religious scripture, these are equivalent to Rules and Statements attributed to God, along with actions within the many parables and books.

These build consciousness or You-Maps of God and the other Biblical characters, including Satan.

Indoctrination also builds a strong association between their God and the Victim which creates a strongly imposed God & I, We-Map.  Which in some cases rivals their family We-Maps.

Through indoctrination, these You-Maps of God and We-Maps of their association with God, are continually being retrieved and adjusted throughout the Indoctrination process.  So that the victim eventually has such a strong You-Map and We-Map of the God, it rivals the Maps of his/her own Mother and Family.  I've known many who completely disassociated themselves from their families because they felt a much stronger bond with their God.

This is a great explanation of why many Indoctrinated individuals feel they have a strong relationship with their God, because of the heavily fortified, but incredibly False consciousness maps of God that Indoctrination has implanted into their prefrontal cortex.

Since those of us who have been influenced by Indoctrination already have Perceptual You-Maps of God, when unexplainable events and brain trauma to the Temporal Lobes occur, the probability that we will draw on this misconception of God is heightened.

Temporal lobe trauma has been verified by experimentation to invoke images and illusions of such characters that have been instilled into our memories by indoctrination.  For instance: Christians will often have illusions of the Biblical God, Jesus or Mother Mary, depending on the strength of the links and You-Maps created for these characters.  Maybe some will invoke images of Superman, for a Superman comic freak.  Though for Islamic sufferers, Allah and Muhammad are often invoked and for Hindu sufferers, Vishnu, Rama or Krishna become the characters in their Temporal Lobe trauma illusions.

So, with You-Maps for these characters deeply entrenched in their Prefrontal Cortex and some that suffer traumas and depression, anxiety which invokes responses from their temporal lobes.

It's no wonder that they gain a sense of strong connection and sense an attachment to their God(s).

Ooooo ... that Steve Paulina piece is a KEEPER!

Thanks Joan and Loren, yes we are describing religion as a mindware virus.

I particularly like this Blog about 10 reasons not to join an established religion: http://www.stevepavlina.com/blog/2008/05/10-reasons-you-should-neve...

I think you guys just described what religious memes are - mindware viruses which muck up the brain's O/S ... which reminds me once again of the following:

Christianity alters your identity to insure the survival of ITSELF.
-- from Prplfox's video series - http://ning.it/R2isGS

Comment by Joan Denoo on October 26, 2013 at 3:10am
Fascinating topic; being very early A.M. I will revisit this site. Thanks.

One nice little term that I now use to attack Theists is "Contaminated Mindware".

This is a term developed and used by D. N. Perkins, Ph.D.

If reflective intelligence is the target of opportunity, then we should examine its nature more deeply. What is it "made of?" Is it a bag of tricks, a bundle of attitudes, a repertoire of habits?

From: "Mindware and the Metacurriculum"  D. N. Perkins

"Contaminated mindware: how can we protect ourselves against it? 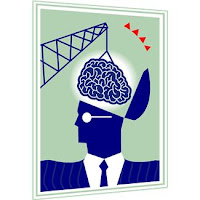 There is a set of beliefs, rules, strategies, convictions, etcetera that is called 'contaminated mindware'.

Conditions under which contaminated mindware can spread easily:

Intelligence alone does not protect against contaminated mindware
You might think that intelligence would guarantee a good protection against contaminated mindware but this turns out to be wrong. By making narratives complex, highly intelligent people can even become extra attracted to them. Further, studies have demonstrated that intelligent people may be more capable of creating ‘islands of false beliefs’ or ’webs of falsity’ by using their considerable computational power to rationalize their beliefs and to ward off the arguments of skeptics."
From: http://solutionfocusedchange.blogspot.com.au/2011/01/contaminated-m...

"Research in Cognitive Psychology and the newer field of NeuroEconomics consistently demonstrates that people violate the strictures of rationality on a regular basis. This literature has generated a lengthy list of irrational behaviors to which many of us are subject on any given day, whether we like to admit it or not. These well-documented violations of rationality have, in turn, spawned a list of biases that can be used to define rational thinking'. That is, we can assess degrees of rational thinking in terms of the number and severity of cognitive biases that an individual displays. The authors describe some of the most common biases that challenge rational thinking, in the hopes that a better understanding of them will foster more bias-free decision making. Topics covered include serial associative cognition', my-side processing' and mindware gaps'."

I'm still researching Consciousness, and the consciousness maps we make of ourselves and those around us.  We even map the consciousness of those we have never met, but only hear about like Saddam Hussein, etc. We gain what we think is an insight into their mind.

For instance, I have formed a consciousness (You) map of somebody I don't even know, just because they frequent the same club as I do and sort of interact only with body language and facial expressions, yet my mind has created a You-Map for her that has her with some sort of interest in me which may be entirely wrong.  She appears to be in her early 20s, and if our eyes meet, she will greet me with a big smile.  When she laughs our loud, she always looks my way as if I should take notice of her being humorous.  Though I go there mainly because there is a very nice peaceful, bright place where I can read my text books.  Though, it seems that every week when I go there, she finds a seat closer to where I like to sit.  Last week she sat right alongside me and I did my best to ignore her.  She is beginning to invade my personal space.  So I have this consciousness map of her being another "Space Invader" and I'm going to have to either find another nice reading spot or confront her to find out why she is creeping in on my territory.

It may be for a completely different reason than my You-Map of her has developed, though my Map is also using the basis of past experience with such female "Space Invaders" and I may have to offend another stranger.

Don't know why this keeps happening, but I'm hoping that this time my You-Map of her is wrong.

Though it may be easier to find another position, because I prefer to avoid hassles.

The problem with the You-Maps that indoctrination forms for god in your prefrontal cortex is that such You-Maps that we form for family and close friends, it maintains a sense of familiarity with this fictitious god in your psych for life.

This is part of the reason that some return to religion later in life, because, at times of desperation and this inbuilt familiarity become a focus.  I remember my mother, prior to her death from cancer, who returned to religion in the last months, yet she had been atheist for 45 years after having had a very strict Catholic indoctrination.

It was the You-Map or False map of god's consciousness, forged into her prefrontal cortex by her indoctrination that drew her back in her last months of desperation for something to relieve her of cancer.

This is ever so common.

A false familiarity with a fake You-Map.

It's the same You-Maps that make Theologians believe they understand the "Mind of god".

Like I once believed I knew the "Mind Of Superman", because of the You-Map the comics imposed into my prefrontal cortex.

I agree. The whole concept is in the deception of the human brain. It's sort of like fox flying in your dreams and then you wake up to discover that nothing really happened at all. It was imaginary.

The day I consider that Christianity has any real support from their Canon of books, is the day that the Catholic church includes the entire "Harry Potter" series and Tolkien's works  in their Canon.

Scientology should include the "Star Wars" collection into their Canon as well.

Like the rationalization of creating an irrational list of irrational books for the irrationally divine instruction of indoctrinees by irrational usurpers.