The first in a three part series on epigenetics, transhumanism, and future human evolution.

Epigenetics is a relative infant field of scientific study, but has lately led to some very bold declarations about the future of biomedical research and therapy. The discovery of specific links between extra-genetic components puts new talking points at the disposal of transhumanists and champions of “conscious evolution” like Dr. Bruce Lipton, author of The Biology of Belief and Spontaneous Evolution, to help bolster claims that we are on the brink of a “New Biology” in which we can learn to control our genes through mental manipulation and “go from victim to master.” 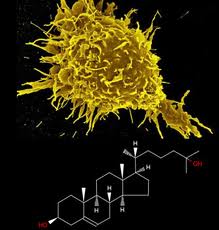 The first in a three part series on epigenetics, transhumanism, and future human evolution.
Dr. Bruce Lipton: The Biology of Belief

Epigenetics is a relative infant field of scientific study, but has lately led to some very bold declarations about the future of biomedical research and therapy. The discovery of specific links between extra-genetic components puts new talking points at the disposal of transhumanists and champions of “conscious evolution” like Dr. Bruce Lipton, author of The Biology of Belief and Spontaneous Evolution, to help bolster claims that we are on the brink of a “New Biology” in which we can learn to control our genes through mental manipulation and “go from victim to master.”
﻿﻿﻿
﻿﻿﻿
Now, by no means am I discounting the significance of research describing the functions of histone, methylation, and other non-genetic influences on biological expression. Chromatin structuring is a long established and vital process in differentiation of genetic expression between cells, and without methylation an embryo will not grow into a baby. There are numerous enzymes such as telomerase that are vital to aging and replication processes—and the scientific and medical fields have embraced these discoveries as tools for improving quality of life.
﻿﻿﻿﻿
However, Dr. Lipton’s contention is that humans can wrest control of these mechanisms through the exertion of our consciousness. Perception, he says, (and which he equivocates as synonymous with Belief) is the determining influence on our biological well-being.

The connection between cognition and biochemistry is not in dispute—we are biological entities. But there is no evidence that through recognition of the fact we can somehow orchestrate our molecular processes.


Dr. Lipton describes in the opening of Where Mind and Matter Meet three primary mistakes that his “New Edge” approach to biology and health can correct towards a healthier, smilier future: the retention of a Newtonian concept of physics, adherence to a gene determined expression of phenotype, and the Darwinian paradigm as a whole in favor of Lamarck.

First, let us contend with those three “mistakes,” starting with the Newtonian anachronism. The cry of quantum revolution, liberation a la Heisenberg and Copenhagen, was an inane and abrasive bugling to my ears long before I heard it invoked here by Lipton. I am not a physicist, but I can see no way in which the uncertainty of quantum position and dependence on observation puts determination is the hands of an observer, who while directly influencing through his perception the state of a particle does not determine that state. The double-slit experiment was itself an accident.

Schrödinger’s cat is not poisoned or saved by a knowing choice. Rather, outside the box,a quantum event (e. g., passage/not passage of a single photon through a half-silvered mirror) is causally connected to the release of the poison inside the box. Since the photon is a quantum object in a superposition state, it both passes and does not pass through the mirror. Hence the poison is both triggered and not triggered. Therefore, by quantum logic, the cat must be both dead and alive until the box is opened and the cat observed. (Analogous to quantum logic, superposition of mental events is commonplace, further suggesting that the mind is a quantum system. Cognitively, we are simultaneously prepared for the cat being alive and prepared for the cat being dead until we open the box.)

At the moment the box is opened, the system chooses either to reveal a dead cat or a live cat. In any case, I don’t think these new physics principles are applicable on as large a scale as we are considering (hence "quanta...").


Genetic determination and the Lamarckian idiocy can be dealt with at once. I would like to know to whom Lipton ascribes his claim about the current perspective that we are shackled to a biological destiny from birth. I don’t know a single geneticist or biologist who teaches this, and I have never personally been under such an impression. Scholars in evolutionary dynamics use algorithms of incredible complexity, and never with the intention of creating a stipulative conclusion, as the environmental factors can never fully predicted. This is the hallmark promise of the transhumanist prophet: The glorious dissolution of the old corporeal bonds.


As for Lamarck, his two main positions on life evolution were the environment gives rise to changes in animals (blindness in moles is the famous example. The second principle was that life was structured in an orderly manner and that many different parts of all bodies make it possible for the organic movements of animals. The primary distinction between Lamarck’s theory and Darwin’s is the element of directed change. Lamarck believed that mutations (this is what the changes amount to, though he would not have used the word) occurred according to a predetermined influence which he called a “complexifying force,” which was then honed by an adaptive force. It is possible that this was a matter of the limitations of the man’s time. We now understand mutations as occurring almost exclusively during sexual reproduction by the random division and combination of parental DNA. An irony for Dr. Lipton is that Lamarck’s preformationism would in fact take the amino reins even further from his grasp.

At conception the human is little more than DNA. A zygote acquires all of its formative physical material from without, first through the placenta and after birth through the consumption of resources, mostly in food or drink, but we are increasingly seeing the effect on our systems which our dispositions influence. Oxytocin, serotonin, adrenal hormones, and all manner of endocrine hormones in interplay with our emotional affect are being described with more and more detail, to the level of a dendrite. A continual augmentation of our knowledge in this regard will certainly expand our ability to treat and prevent human disease, and all ethical investigation of both epigenetic and genetic influence ought to be encouraged. 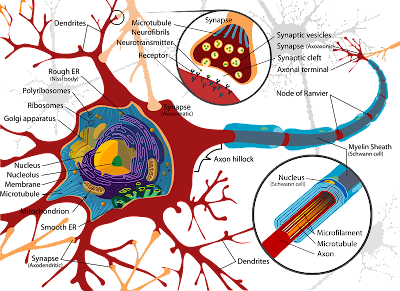 But under any rational scrutiny the claims that humans are able and poised for imminent emancipation from illness and pain by using the mind as an eject button are revealed as teleological fantasies. Our mind is our brain, which for most is kept in the skull, and, as the song goes, it’s all connected. Ignoring the imprecision of manipulating neurotransmitters through mood, how is it that we are expected to begin to “choose” our emotional reactions? The depressed or anxious surely don’t choose those fates for themselves. This is question-begging at its worst, wrapped in a tabernacle of molecular detail. Want to stop feeling sad or ill? It’s simple: stop it. 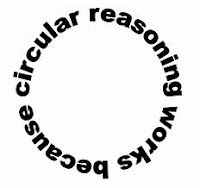 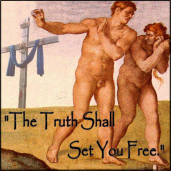 The subterfuge would be laughable if poor, ill and desperate people weren’t exposed to and fooled by such pseudo-scientific, messianic ideology.
We are not in a cage. If we were, the cavalier whom Dr. Lipton has promised will come to your aid would in fact be incarcerated in the same cell. We are simply in a body, in a world, and our means of liberation is its expansion through our honest inquiry and exploration.
Kenneth
“If the only tool you have is a hammer, you tend to see every problem as a nail.” 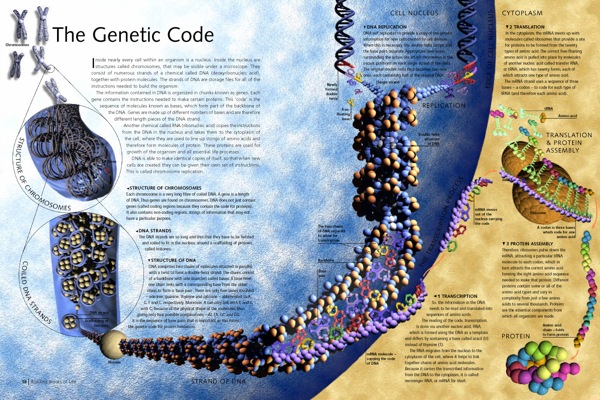 Comment by Kenneth M Lipp on November 14, 2010 at 7:10pm
@Jim
I agree that there is a legitimate science, I just don't believed it usurps genetics as a clinical paradigm, and I certainly don't think we can exercise the kind of conscious control which Lipton promises.

Comment by Jim DePaulo on November 12, 2010 at 6:29pm
I read Lipton's book The Biology of Belief, and not only is he off the wall, he gives the legitimate biologist who are working in epigenetics a black eye. There is strong evidence that there is connection between our hormones, enzymes, neurotransmitters and our immune system. There may be no effect on the actual DNA coding but there may be ways in which the expression of the phenotype is influenced.
The H+ types are building a fantasy based in ideas on the fringes of science. Or they use legitimte findings in science and posit improbable meanings.

Comment by Kenneth M Lipp on November 12, 2010 at 11:02am
Thanks, Jim. Please feel free to visit the blog site. The real danger in this kind of quackery is that it diverts sick people from receiving real treatment.

Comment by Kenneth M Lipp on November 11, 2010 at 4:07am
On, no. I'm highly critical of the epigenetic "revolution." It's in the post, this is just the intro. Perhaps that was a mistage, I'll post the full text.

Comment by Thomas True on November 10, 2010 at 8:51pm
I wish you luck with this concept. I wouldn't be in such a hurry to start trying to manipulate millions of years of evolution with purposed genetic manipulation. There is always a surprise in the shadows when you are dealing with genetics.