Wild About Nature And The Cosmos! Thanks & blessing to…
Continue Henry Louis "H. L." Mencken (September 12, 1880 – January 29, 1956) was an American journalist, essayist, magazine editor, satirist, acerbic critic of American life and culture, and a student of American English. Mencken, known as the "Sage of Baltimore", is regarded as one of the most influential American writers and prose stylists of the first half of the 20th century. 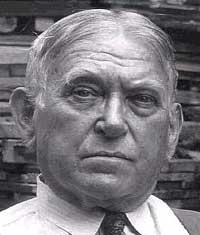 For People Who Love Clouds (Nuages) Ruth Anthony-Gardner said…
Greetings, Paxdora! Love your photos! I notice you haven't been active at Atheist Nexus lately. <sigh> Sometimes it can seem a bit fragmented, with different groups for every interest. Please consider a group for socializing, where we talk about whatever's on our minds, Hang With Friends. :D You might feel more at home.

GT said…
You have an exceptional page and I thoroughly enjoyed your pictures, especially the C.R.O.N.O graphs album. Charles Alexander Zorn said…
What a lovely inspirational page in our cosmos!

Arshad said…
By chance I have opened up your page and got attraction being yours, Wild About Nature And The Cosmos!

I would like to put your name as friend so that I could open up your page easily and frequently in order to enrich myself about being love with nature and cosmos.. what I feel on my own too.

Shlarg said…
Love your photo art. My favorite is #63. There's another member of the Nexus, Carol Roper, who's work you may enjoy.

Larian LeQuella said…
Thank you for the add. :) I feel all sorts of loved over here. :)

Evilgenius20 said…
Welcome to Atheist Nexus, I'm a big fan of your photos.